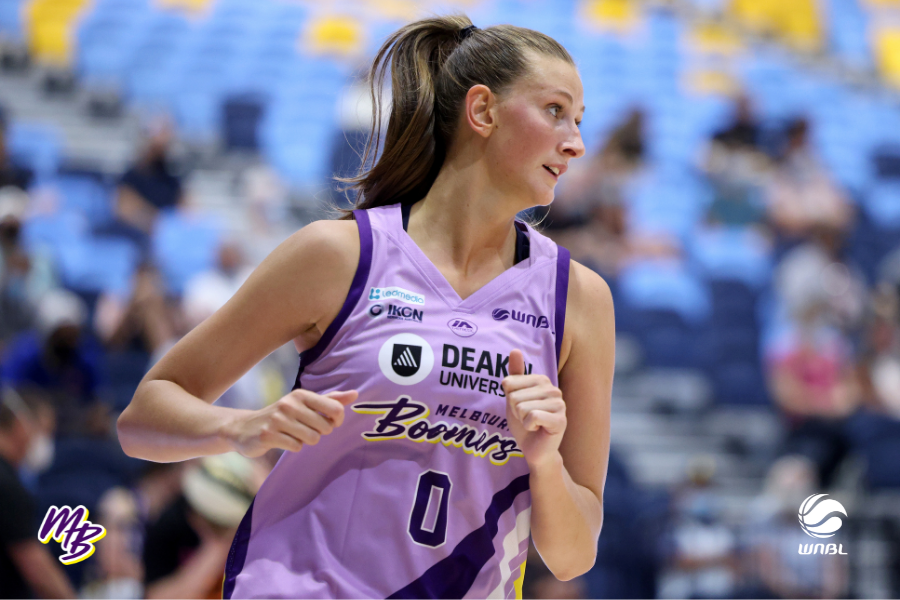 Over the weekend the Deakin Melbourne Boomers welcomed a huge new addition to their WNBL 21/22 line-up – Carley Ernst.

Having started in the WNBL as part of the AIS, Ernst represented Australia as a junior for U17s and secure a bronze medal in the 2013 FIBA U19 World Championships with the Gems. Ernst has played leading roles with Perth, Dandenong and Bendigo WNBL teams over the past five years, along with experience playing in Europe.  The 27-year-old joins the Boomers for her 8th WNBL season.

So far, Ernst’s career has shaped her into a player that can make an impact across all areas of the floor. Known for her shooting accuracy, she has a reputation of being able to turn a game around in her team’s favour single-handedly and is a dangerous addition to the Boomers.

Ernst wasted no time making an immediate impact over the weekend in a close battle against Perth Lynx, scoring four points in her eight minutes on court.

Making the tall’s comeback even more amazing is that Ernst and her husband welcomed their son, Kylan, only four months ago.

“When the opportunity presented & the club offered their support of my responsibilities as a first time Mum with baby Kylan, I jumped at the chance to play with such a talented team and experienced coaching staff”

“I’ve been coming up against talented players from this team in previous WNBL seasons, I’m really focused on coming in and playing a role and hopefully helping the Boomers win a championship in 2022”

The opportunity to pull on the purple came knocking for Ernst in recent weeks. One of the main motivations for the Boomers coming about as we look to bolster our roster ahead of the significant loses of Cayla George, Ezi Magbegor, and Tess Madgen ahead of the FIBA World Cup Qualifiers next month.

“Hopefully, I can fill in while those girls are away and do my bit for the team!”

Catch Ernst hit the court for her first game at the Boom Box, this Saturday against Townsville! Get your tickets HERE