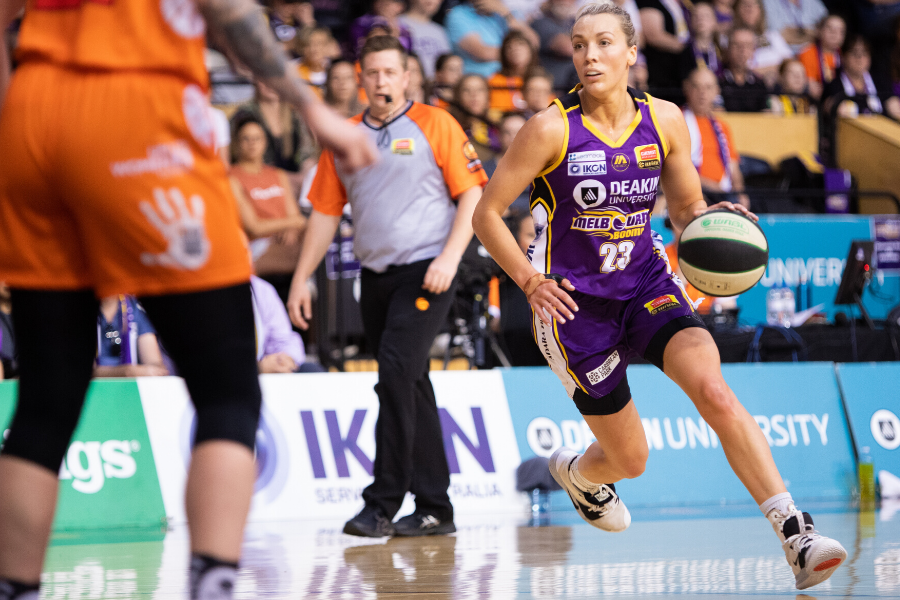 Boomers snatch up victory in the fourth

In the Deakin Melbourne Boomers second match of their massive double-header weekend, they came from behind with five minutes to play, winning against the Perth Lynx 72-63.

Maddie Garrick had another strong outing at the State Basketball Centre for the Boomers, finishing with a game-high 17 points, three rebounds and four steals. While struggling with field goals earlier in the game, Lindsay Allen (12 points, three rebounds, three assists, five steals) was clutch for the Boomers in the final quarter, controlling and directing play to seal the victory.

Sophie Cunningham continues to improve and find her feet in the league, the US import shooting at 55% from the field, bringing home an impressive 15 points, two rebounds and three assists.

Alison Schwagmeyer-Belger top scored for Perth with 13 points to go with six rebounds. Imani Mcgee-Stafford also had a strong game finishing with a double-double scoring (11 points, 11 rebounds) plus two assists.

It was in a nail-biter final quarter with the Boomers edging their way back into the game. Their defensive pressure amped up, and a fast passed offence, which saw Garrick, Allen and Cunningham all getting to the free throw line, plus a few massive threes, eventually saw the Boomers take the lead and seal the win.

Head Coach Guy Molloy was proud of the teams efforts on a very short recovery period, however says the game was not overly pretty.

“We’re proud of the team to back up after 20 hours of recovery, it’s certainly very difficult to do.”

“I think we held them to 14 points in the last 15 minutes, and we sort of found our way defensively and some shots started to drop so we left it late but at least we found it.”

Kalani Purcell spoke on how a win was critical for the Boomers after their defeat against the Southside Flyers.

“Playing Southside is always a really tough game for us, it’s quite a rival game. So after losing yesterday’s game, coming into today’s game, it was really important for us to win. Not only because we lost but also to keep our position on the ladder.”

The Boomers head over to Perth next week for the reverse leg against the Lynx, and will expect another tough game.