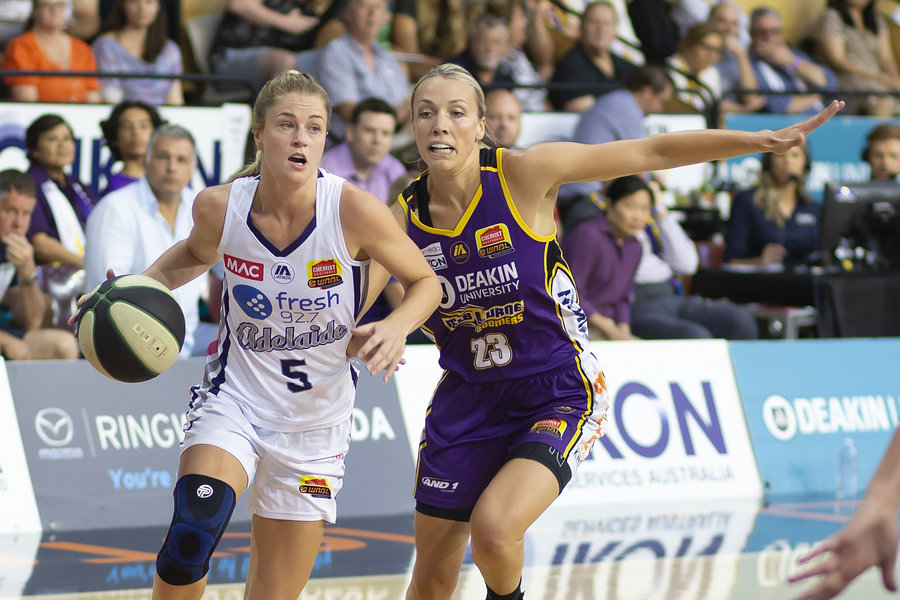 The Deakin Melbourne Boomers have fallen disappointingly short in their opening best-of-three WNBL Semi-final game against the Adelaide Lightning on Sunday night, going down 60-76.

Despite the Boomers holding a clean series sweep over the Lightning in the regular season, it was the visitors this time who managed to notch up the important victory.

Ezi Magbegor was the bright spark for the Boomers, scoring a team-high 14 points on an outstanding 100 per cent shooting. Cayla George finished with a game-high 12 rebounds, while Lindsay Allen also put on a strong effort for the Boomers front with her 12 points and 5 assists.

A loud crowd of 2,213 came out to the State Basketball Centre to witness the very physical and entertaining contest.

The Boomers looked strong from the offset as both teams got out to high speed start. Recently recognised WNBL Life Member Jenna O’Hea kicked things off hot for the Boomers with an early basket in the opening seconds. After that it quickly became a point-for-point contest before the Boomers took a 4-point lead at quarter-time.

It then continued to be an arm-wrestle of a first half, as both teams kept their offensive and defensive efforts under control. Entering the half-time break scores became levelled at 35-points apiece.

The loss marks a frustrating Semi-final start for the Boomers, however, with the three-game series the club has another opportunity to keep their 18/19 Finals hopes alive.