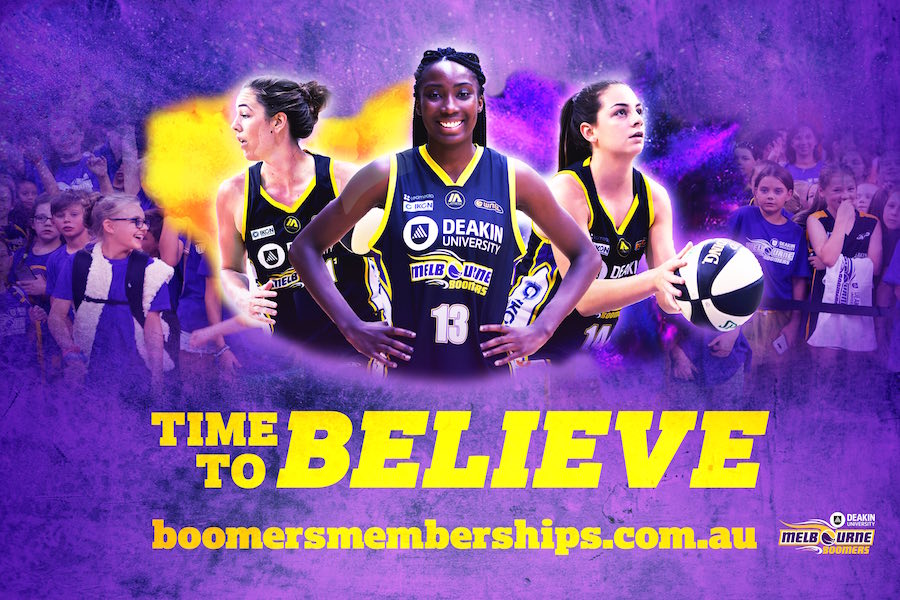 With the 18/19 WNBL season set to commence in early October, the Deakin Melbourne Boomers have today surpassed last season’s membership numbers with excitement building ahead of the team getting back on court in just six weeks time.

The official season schedule is expected to be announced shortly, which will provide another boost in membership sales as fans flock to secure the best seats and priority access to finals tickets should the Boomers make the playoffs again.

“Membership sales have been fantastic, we’ve just set a new record and the fans literally can’t wait for the season to start. Good signs all round,” said Boomers GM, Justin Nelson.

The Boomers are also set to announce a six-game pre-season schedule that will include matches in regional Victoria and in Melbourne.

Last week Melbourne’s WNBL team announced a three-game series in Gippsland against Bendigo Spirit to be played in September. The Triple Crown will see both teams travel together and play in Traralgon, Maffra and Warragul.

“Including pre-season and the regular season we’re scheduled to play about twenty-seven games, so it’s a busy schedule and one that is packed with lots of opportunities for our members and fans to come and see their favourite team in action,” added Nelson.

To secure your season membership, go to www.boomersmemberships.com.au