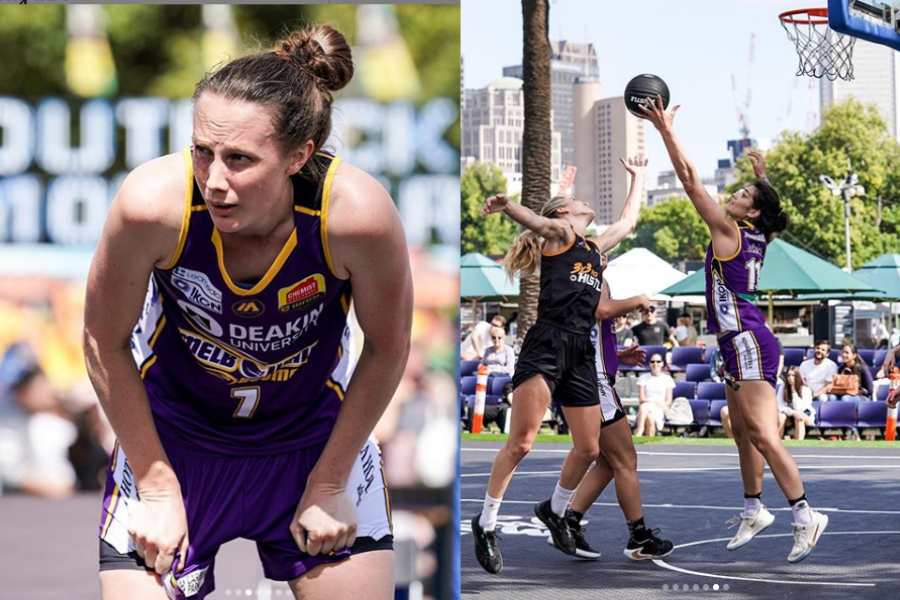 Over the Labour Day weekend some of our Boomers players headed to Moomba to take part in the pro women’s 3×3 tournament, the first stop for the inaugural NBL 3x3Hustle March Mania.

Toni Farnworth, Penina Davdison, Kalani Purcell and Rachel Brewster repped the Boomers singlet in the open women’s event, proving their strength straight off the bat with a 20-3 win against BoundlessPossible NT on Sunday morning. The following two matches saw us lose to Melbourne (7-19) and Bobcats (4-12).

Despite this, a couple of wins on Monday morning took us through to the Semi-Final where we played against Titans Elite and secured a narrow victory, 13-12. In the Final we matched up against Melbourne, a side headed up by our own Boomer and Australian 3×3 star, Maddie Garrick, as well as Anneli Maley, Izzy Chilcott and Marena Whittle. In exciting fashion, the Final went into overtime, with Melbourne recording a win and taking home the $5000 prize money after Garrick hit a two-pointer in OT.

The event was great to be a part of and it was awesome to be able to represent the Boomers at Moomba. We finished the weekend in second place, scoring 72 points for the tournament and averaging 10.3 points per game.