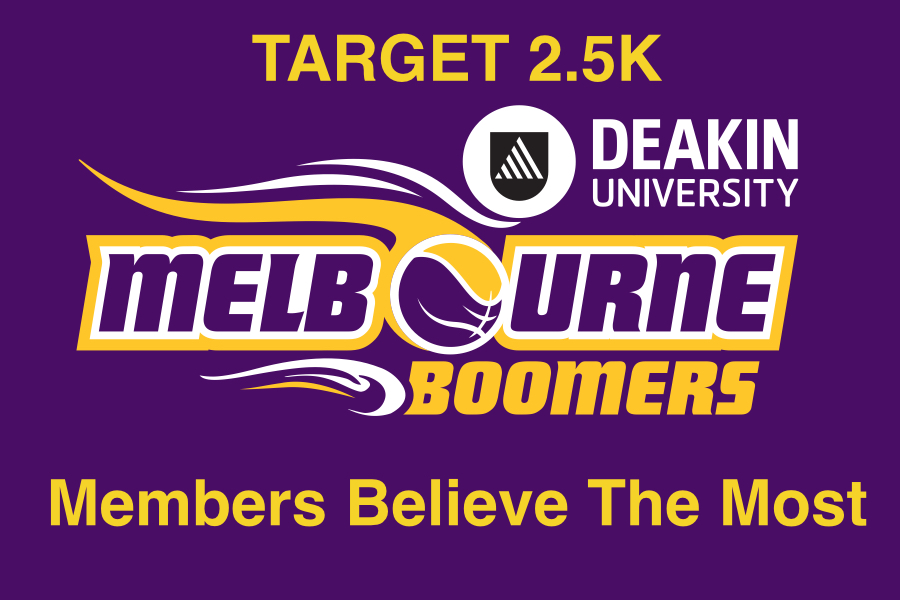 The Deakin Melbourne Boomers have entered the home straight and are on track to reach their target of 2,500 Members for the 2018/19 Chemist Warehouse WNBL season.

It’s not that long ago the Club had just 110 Members, in fact just four seasons back, but the surge in popularity for Melbourne’s WNBL team has seen membership climb past 2,000 in recent days with Target 2.5k now within sight.

Lauren Jackson, who is one of the Club’s recently announced six Membership Champions, believes the next few weeks will see more “Boomers believers jumping on board to support the Club.”

“The rise in membership has been fantastic, our fans are snapping up the best seats at State Basketball Centre in anticipation of another exciting season,” Jackson said.

Full-season junior memberships start from just $49 and include entry to all home games at State Basketball Centre, along with priority access to finals tickets.

“If you haven’t been to a Boomers game we encourage you to come along and see what we do, you won’t be disappointed, you’ll love it,” urged Jackson. One of the real highlights after every game at the State Basketball Centre is the fans are welcome to come on court and meet the players for photos and autographs, something Jackson says “sets the Boomers a part from many other teams and sports.”

“Our players stay on court for up to forty-five minutes after every home game, it is such an amazing sight and a wonderful time for our fans to connect with their role models.”

As basketball participation continues to surge right across Melbourne and regional Victoria, Jackson is keen to see families continue to connect with the elite level of the game.

“All of our players started at the grassroots level, they all picked up a basketball at a young age with their local club, and that’s where our future Boomers will come from. I can’t stress enough the importance of the basketball community being members of Melbourne’s elite WNBL team and helping us to ensure that pathway continues for many more years to come,” Jackson added.

Will you join the Boomers Family and help us reach TARGET 2.5K ?