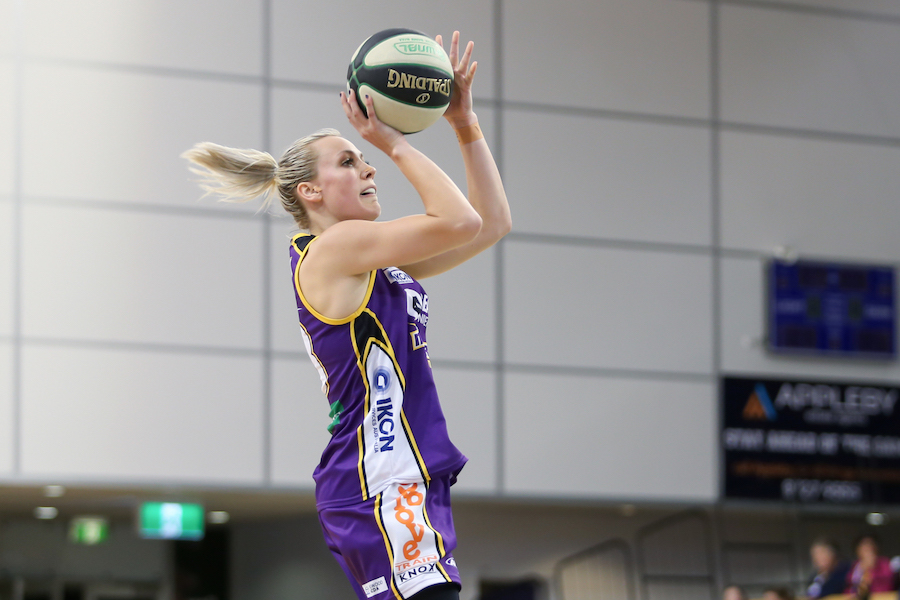 THE DEAKIN MELBOURNE BOOMERS have ended top-of-the-ladder Lynx’s 6-game winning streak in the 2018/19 Chemist Warehouse WNBL season with an impressive 20-point victory over in the West.

In what was a re-match of last year’s dramatic semi-final series, the Boomers managed to again take care of business in Perth with an inspired team effort.

Player of the Week Lindsay Allen started things in a flash for the Boomers with a two-point jump shot in the opening 20 seconds, the first score of the game. Maddie Garrick then joined in with another basket, before Steph Talbot s starting replacement Ash Grant delivered a lay-up, followed by a triple in front of her Perth-based family and friends.

With two of the league’s best three-point shooting teams battling it out, it was the Boomers in hot form nailing five 3-pointers in the first quarter. Every Boomers starter scored in the first with Allen (12pts) continuing her fine form from last week, while Grant (7pts) made her mark in the starting five for a 31-22 lead going into the first break.

In the second period the Boomers continued to outwork the Lynx, with Allen opening the scoring for the Boomers once again. Cayla George joined in with a 3 to get the Boomers lead out to 16pts almost halfway through the quarter. Allen finished the half with 18pts, 5asts on 7/8 shooting, while George collected 6pts, 5rebs, 2asts and a block. At the main break seven Boomers were on the scoreboard, with an even team effort a theme in the first half.

Things started slowly in the third, as both teams merely scored until the 6 minute mark. The Lynx made a push in the third and bridged the margin to 12 points but it didn’t take long for Sarah Boothe to find her rhythm, delivering three consecutive two-pointers before Allen ended the quarter with another basket to take the Boomers to a game-high 18-point lead.

The fourth quarter saw George deliver a couple of early knock-out blows, before attempts by the Lynx were dismissed with instant responses by the Boomers. At one stage Melbourne’s lead ballooned out to 25pts with 3 minutes left. Another two three’s from Kalani Purcell and Chelsea D’Angelo with just over a minute left to play confirmed the dominance of the Boomers night.

D’Angelo finished with 5pts, her first score of a young WNBL career.

The Boomers now return home to face Townsville again in the annual Purple Power game for Maddie Riewoldt’s Vision at 1pm this Sunday (Nov 18) as they aim for their fourth win in a row.

Tickets to Sunday’s game are on sale now – click HERE.