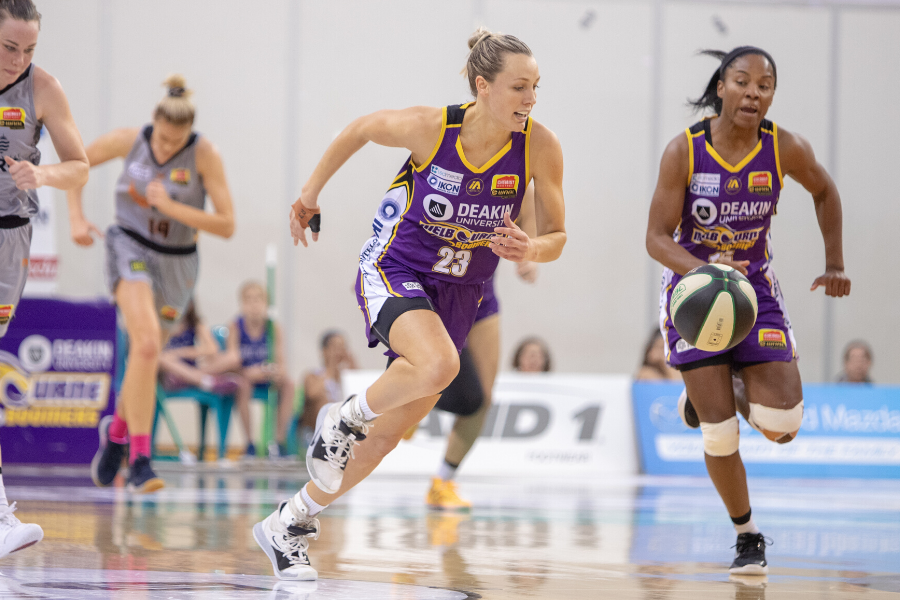 In their final game for 2019, before taking to the road for two matches, the Deakin Melbourne Boomers have upstaged the Townsville Fire in a 16-point victory, 77-61.

With the UC Capitals being defeated by Adelaide tonight, this now puts the Boomers back into second spot on the WNBL ladder, with just five rounds remaining.

Unstoppable once again, Boomers co-captain Cayla George dominated on the scoreboard, finishing on a game high 27 points, shooting at 68% from the field. Having one of her best matches of the season, Stella Beck came off the bench, shooting at 80% and scored an impressive 14 points.

In one of her best performances of the season Kalani Purcell was strong on both ends of the floor, finishing with four points, nine rebounds, six assists and four steals.

Although scores were tied at the end of the first quarter, the Boomers pushed out their lead as the match progressed, stretching it to 20 points with just five minutes remaining.

Boomers Head coach Guy Molloy, was very pleased with the performance of his team.

“Really proud of the team because with Sophie out it already put us at a significant disadvantage so we had to find other players to step up around, and full credit to Toni [Farnworth] and to Stella [Beck] I thought they did just a great job defensively” he said.

“Townsville they stuck to us in the first quarter, their shooting was brilliant, they gave us lots of issues and then kind of from the second quarter onwards, our defence solidified.”

Beck said the teams faith in one another was a big contributor to tonight’s victory.

“I think we knew that we had to fill a gap, Sophie [Cunningham] is a huge part of this team and having her out naturally brings a massive hole, but I think we just have to believe in each other, which we all do.”