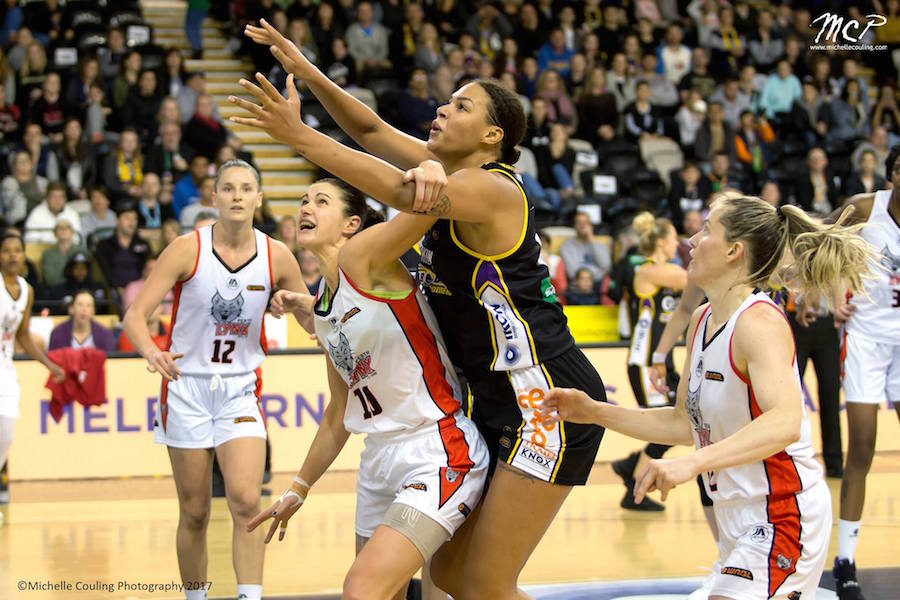 Boomers vs Lynx … Showdown Of The Season?

It’s being billed as the biggest game of the WNBL season to date, a top-of-the-ladder clash between the Deakin Melbourne Boomers and Perth Lynx with a host of stars ready to battle for supremacy ahead of the finals.

After dropping 41pts on Friday night, Perth’s standout point guard Courtney Williams is ready to do her thing, while for the Boomers all eyes will centre on Liz Cambage, who holds the mantle of the highest score this season (44pts).

Both teams look to be at full strength,the Boomers only minus Courtney Duever (knee). For Perth, the game also marks the return of former players Liv Thompson and Alice Kunek to the State Basketball Centre, a court the pair know so well.

Earlier this season the Boomers and Lynx put on a show with grandstand finish, Melbourne’s WNBL team winning by 2pts in overtime.

This will be a game you don’t want to miss!

Don’t forget, every junior who leaves a gift under the Bertocchi Xmas Tree will receive free entry to the game. All gifts will be donated to underprivileged children this Christmas by Whitelion.

TICKETS: at the door or save online at www.trybooking.com/BOOMERS