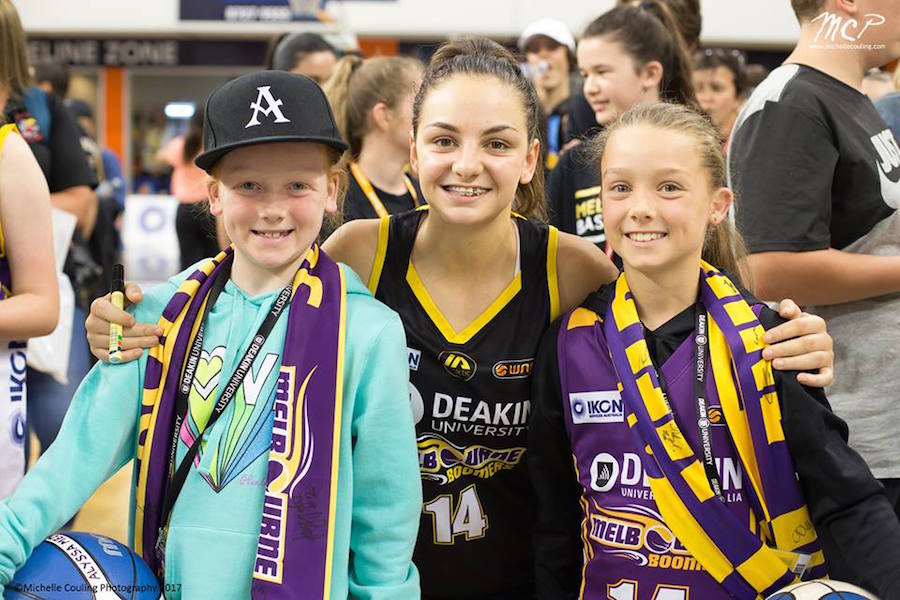 Another bumper crowd is expected at the State Basketball Centre this Wednesday night when Melbourne’s beloved Boomers open the WNBL finals series against Perth.

Setting multiple crowd records this season, the Deakin Melbourne Boomers are again expecting to nudge 3,000 at the Wantirna South stadium as fans from across the city flock to support their team.

Back in the WNBL finals for the first time in four years, this season has produced a 33 per cent rise in attendances, the Boomers now leading the league with approximately 2,100 attending each home game.

“The fans have been brilliant this season, the energy in the stadium every single game is fantastic, the players are always talking about it,” said Coach Guy Molloy, as his team prepared for Wednesday’s anticipated contest.

“Credit to the club and everyone behind the scenes, they do such a good job at getting people right into the game. The noise is amazing, you can tell the supporters are riding every possession.” “Considering we’ve had New Year’s eve and New Year’s Day plunked right in the middle of the build-up to the game, it hasn’t stopped our fans from snapping up tickets,” said Boomers GM Justin Nelson.

“I have no doubt it won’t just be basketball fans at our final this Wednesday night, we will also see plenty of sports fans because that’s what we do in this city, we support our own,” added Nelson.