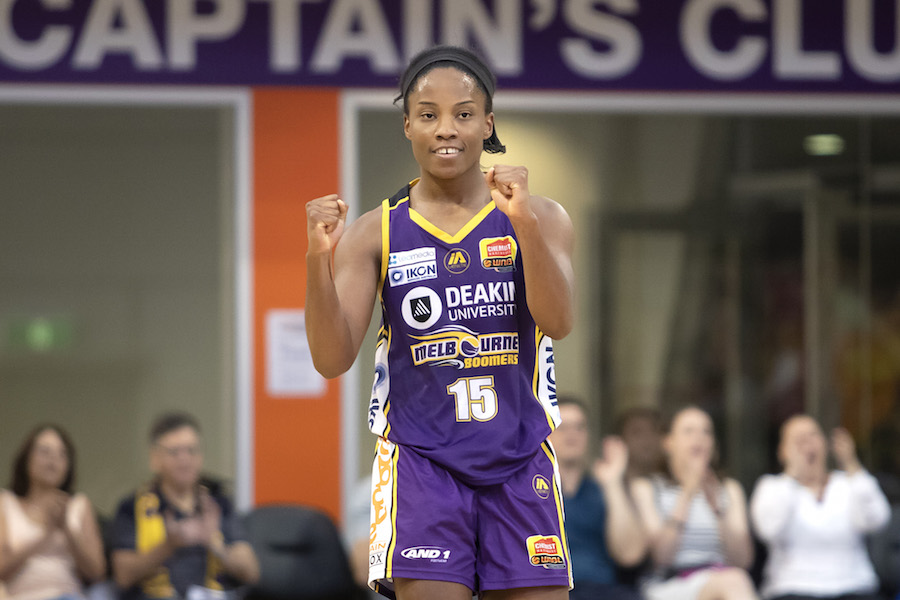 The Deakin Melbourne Boomers continue to hold a top-two position on the WNBL ladder after kick-starting 2019 with a hard-fought 5-point win at home against the Perth Lynx.

Looking to back up their overtime victory last week against the Bendigo Spirit, the Boomers mastered another win against the Lynx on Friday night, 64-59, in front of a packed 2,659 home crowd at the State Basketball Centre.

Youngster Ezi Magbegor played a pivotal role in the Boomers win recording 17 points and 6 rebounds, backed up by star Boomer Lindsay Allen’s 13 points and 7 assists, while Maddie Garrick finished with 12 points and a block.

The Boomers were without their captain Jenna O’Hea for what was their final home game for the regular season, however, an inspired team effort managed to get the Boomers over the line.

In a contest between two of the league’s elite, it was Melbourne who started things off hot snapping up an early 10-point lead in the first quarter. Perth however kept at the Boomers and managed to steal the lead by a single digit heading into the first break.

In the second term triples were the theme, with both teams drilling a series of treys. Despite this, it was overall a slow quarter for the Boomers, with turnovers proving costly as they trailed by 6-points heading into the locker rooms.

The Boomers came out of the main break ready and firing, managing to bounce back hard after a tough first two quarters. Magbegor in particular was key in swinging the momentum to the Boomers favour late in the second half.

Outscoring the visitors 37-26, the Boomers took offensive control of the match and were able to survive at home and grind out a tough victory. A late push by the Perth Lynx wasn’t enough to close the margin, with the Boomers taking the win 64-59.

The Fan Appreciation Night victory marks the Boomers fourth win in a row and has them looking good for a top-two position ahead of the WNBL Final Series.

The Boomers have now won 13 games to secure their WNBL Final Series campaign for the second successive year in a row.

The win sets up a huge showdown with Peth again next Thursday night, this time over in the West were the Boomers will be looking to record their third win against the Lynx this season.

A tough road double will include a visit to Adelaide on Saturday.