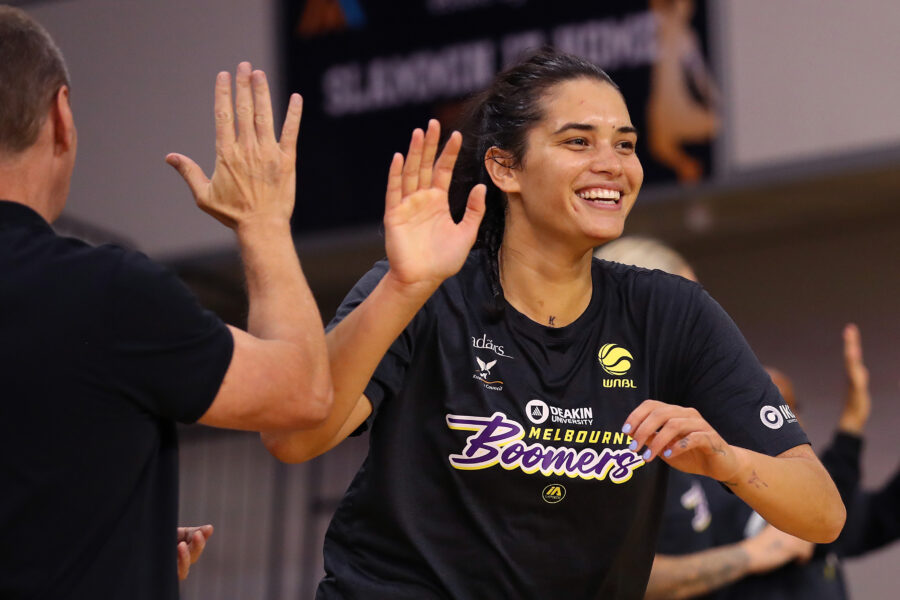 As the Deakin Melbourne Boomers prepare for the second game of the semi-final series against Adelaide Lightning, in Adelaide, more positive news comes out of the club as Penina Davidson is cleared to return to play.

Davidson was recently cleared of a head injury incurred at training, however due to the protocols associated with concussion, the club has waited for a medical permission slip for Davidson to return to play.

While Davidson was suited up to play on Thursday night, she was unable to secure any time on the court.

Head coach, Guy Molloy said, “The timing for Penina to find some rhythm and form is unfortunate given we’ve moved into finals, but we will look for playing opportunities where possible as she is an important part of our rotation.”

“Most of all, our main concerned is that she is ok.”

Melbourne will continue their finals campaign today, 26th March, with the second game of the semi-finals away from home, against Adelaide, at the Lights Sports and Community Centre.  You can watch all the action LIVE & FREE on ABC and live on Kayo.