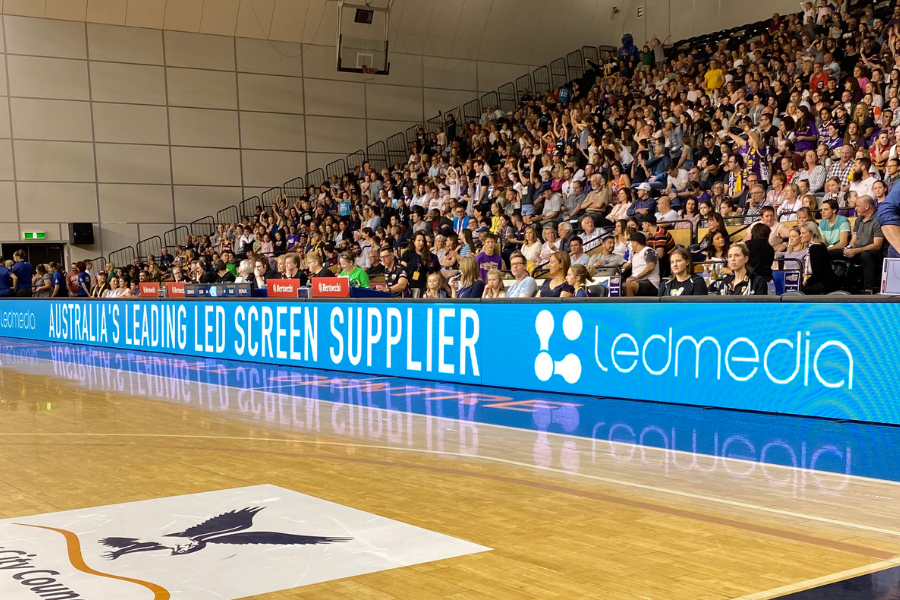 HI-5 FOR THE DEAKIN MELBOURNE BOOMERS AND LED MEDIA

LED Media is back to support the Deakin Melbourne Boomers as a Major Partner for a fifth consecutive year.

Since 2017, LED Media have been committed to growing female sport in Melbourne. This long-term partnership between LED Media and the Boomers has helped female basketball go from strength to strength in Melbourne.

One factor that helps the Boomers deliver a high quality gameday experience at home games are the LED media screens around the court, and the jumbo screen. These screens give fans a more interactive experience on gameday.

LED Media General Manager, Daniel Andrews, was excited to see the partnership with the Boomers extend into 2021/22.

‘After not being able to enjoy home games in Melbourne last year, we are as excited as ever to get to a Boomers home game, have the fans enjoy our LED screens and support the club.’

Deakin Melbourne Boomers General Manager, Christy Collier-Hill, was enthusiastic when welcoming the extension of the partnership.

‘We have seen strong growth at the club in recent years thanks to the support of great partners such as LED Media. Long-term partnerships such as this one help grow not only the Boomers, but female basketball as a whole.’

‘We’re excited to play in front of crowds again this season. Our fans love the LED screens at our home games and we can’t wait to have them back in action this season.’