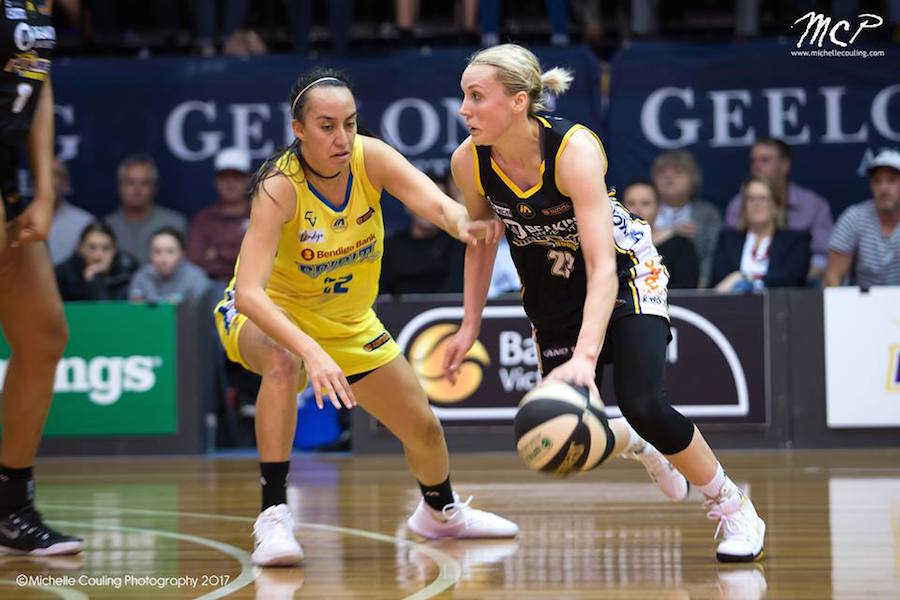 The Deakin Melbourne Boomers will return to Geelong for a third successive WNBL season on Friday October 19 this year for a round two clash at Geelong Arena.

Following a huge victory last October against the Bendigo Spirit, Boomers Captain and current Opals star Jenna O’Hea is confident her team can continue its winning ways in Geelong, but warned that every game will be tough this season.

“We can’t wait to be back in Geelong this October for what will be another big game. Like us, all teams have recruited really well, it will be a strong league with plenty of national and international stars playing,” said O’Hea.

With a host of new players set to step out for the Boomers, including Opals stars Cayla George, Ezi Magbegor and Steph Talbot, O’Hea believes the rising support for her team in Geelong will create an added advantage.

“The support for the Boomers in Geelong over the last two years has been terrific. The chance for young girls in particular to come and watch us play and then meet us after the game is something all of the players look forward to.

“Being from regional Victoria myself, I know the value of taking elite sport and top athletes into areas where we can create a connection with the community to showcase the very best that Australian sport can offer,” added O’Hea.

Making the announcement in Geelong, and flanked by Jenna O’Hea and Ezi Magbegor, the Victorian Minister for Sport John Eren spoke about the continued importance of bringing the WNBL to a great basketball region.

“We’re proud to support the Boomers and the WNBL, and proud to bring another big sporting event to Geelong for locals and tourists to enjoy,” the Minister said.

“Events like these showcase the best of our regions – attracting more visitors, creating jobs, keeping local businesses busy and inspiring our next generation of WNBL stars.”

“Basketball is one of the most popular sports in Geelong, with junior participation numbers soaring. This will be an exciting chance for our budding stars to get an up-close look at the game’s best, and see where hard work could take them,” said Mr Murrihy.

“Our city is a proven host destination for top level sport, and I’m sure local fans will pack The Arena, creating a great atmosphere for both teams.”

The Chemist Warehouse WNBL season tips-off in October with the full schedule expected to be released shortly.

Tickets for this year’s Geelong game will go on sale shortly. For the latest Boomers and WNBL news, visit www.melbourneboomers.com.au