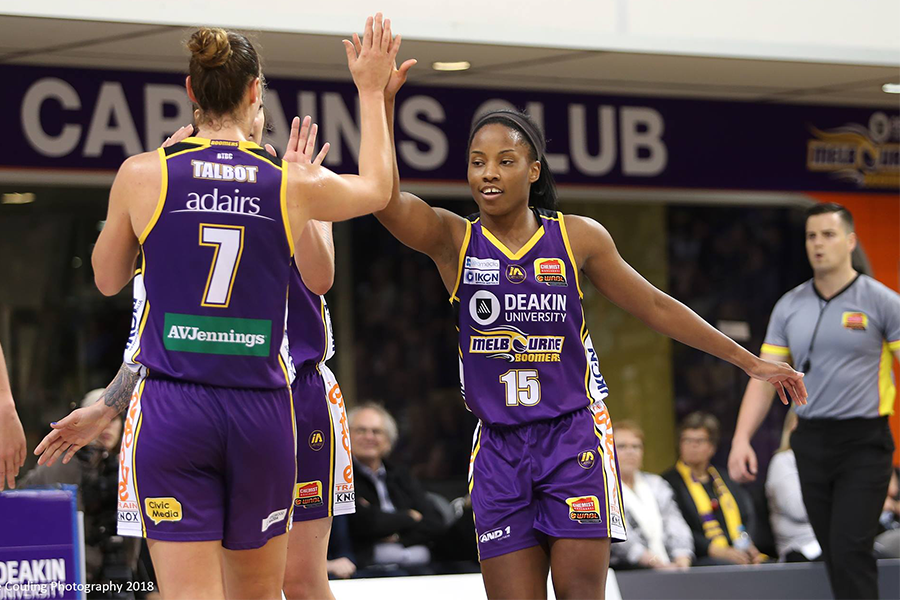 The Deakin Melbourne Boomers are delighted to announce that star point guard Lindsay Allen has re-signed for the 2019/2020 season.

Lindsay will be returning to the Boomers after a barnstorming 2018/19 season that saw her cement herself as a fan favourite.

Registering 18 points (fifth in the league) and 5.3 assists (fourth) per game while shooting at a 51% clip, Lindsay was named to the Team of the Week on five occasions and won back-to-back Player of the Week’s in Rounds 5 and 6.

Boomers head coach Guy Molloy knows just how significant the return of the WNBL All-Star 5 player will be for his side.

“Lindsay was a game-changer. It was the first time the club had targeted an out-an-out point guard, in the past it’s been combination guards,” he said.

“We’re thrilled to have her back; she is a prized part of what we do.”

Lindsay will be joined by fellow American and emerging WNBA star Sophie Cunningham who has signed for the Boomers for the new season.

And Guy is hoping Lindsay and Phoenix Mercury guard Sophie, provide the perfect combination to mount the Boomers’ Championship challenge this season.

“I have no doubt that Sophie and Lindsay will complement each other. They both come from the highest pedigree of US basketball, they’re young, energetic and dynamic players.”