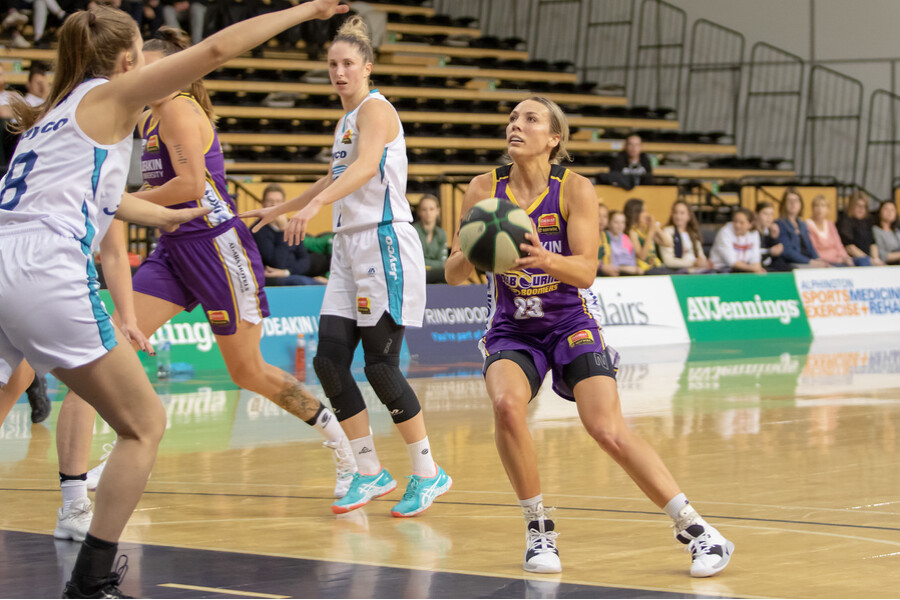 Ahead of the opening round of the 2019/20 WNBL season, Deakin Melbourne Boomers co-captain Maddie Garrick believes experience and depth will be the key ingredients to success as they prepare to launch their title bid.

With many returning Boomers favourites and a number of fresh faces to bolster a squad already bursting with talent, the side is poised for a big few months as they look to improve on their semi-final appearance last season.

“It’s a good time to re-build, re-evaluate and work on what you needed to from last season,” said Garrick.

“We’ve got New Zealand and Australian international players, Lindsay [Allen] and Sophie [Cunningham] coming in from America. There is a lot of experience and depth, and I think we’re going to be really strong this season.”

“I feel like here in Melbourne, we’re creating a really great culture and its exciting- I’m looking forward to getting out there and showcasing what we’re working hard to bring out on court,” said George.

George is especially excited at the prospect of co-captaining alongside Garrick, as the dynamic duo look to lead from the front with their boundless energy and determination.

“It’s crazy how much on the same wavelength Mads and I are – we really have a good vibe, which we will in turn bring out to the team and create a really great culture,” added George.

The Boomers will open the season with back to back matches against Victorian rivals Bendigo Spirit, before taking on the UC Capitals down in Geelong in round three.