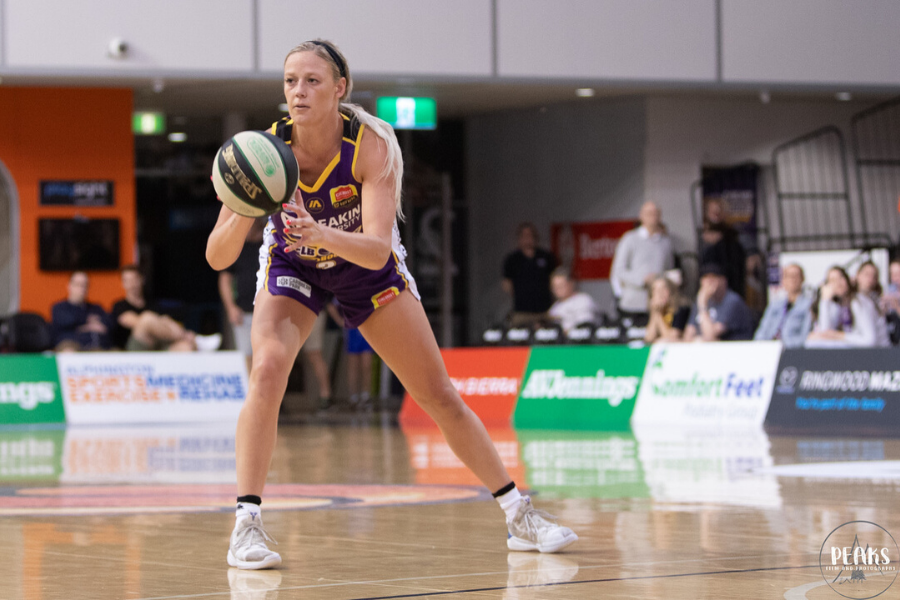 In the second consecutive meeting between the Deakin Melbourne Boomers and the Perth Lynx, it was the Lynx who came out on top in a nailbiter, 68-66.

Both Boomers imports, Lindsay Allen and Sophie Cunningham, fouled out at crucial times in the fourth quarter, however Maddie Garrick had a chance to tie the match at Bendat Basketball Stadium with just seconds remaining with a floating jump shot, but it wasn’t to be.

The home side managed to seal their fourth season win by two points, Katie Ezbery finishing on an equal match high 16 points, to go along with four rebounds and three assists. Alison Schwagmeyer-Belger (15 points, six rebounds and four assist) also showcasing some exceptional basketball for the Lynx.

But it was point-guard Lauren Mansfield (15 points) who was clutch down the stretch, hitting a massive three with 32 seconds remaining to put the Lynx in front by one, and ultimately secure the win.

Leading from the front for the Boomers was Cunningham who finished up on a pretty 16 points, four rebounds and three assists. Cunningham continuing to show us how impressive her shooting skills are, was deadly from beyond the arc, sinking four from six outside shots. Ezi Magbegor was also strong on the scoreboard for the Boomers, coming away with 15 points, seven rebounds and three steals.

Despite the loss, Co-Captain Cayla George had another strong outing, coming away with her fourth double-double of the season with 14 points and 10 rebounds. George has been having undeniably one of her best seasons ever in WNBL.

With the lead changing multiple times, Lynx leading 25-21 at the quarter, Boomers leading 43-36 at the half, Lynx leading 54-52 at three quarter time, going into the last, it was anyone’s game.

A nail-biting fourth saw the Boomers trailing by one with 5:11 left on the clock. Then with equal scores and one minute left to play Boomers took possession and Cayla George made an inside basket, putting the Boomers ahead 66-64. But the lead was quickly stolen by Perth as Mansfield hit that huge three. The final buzzer rang out and the Lynx had sealed the win, 68-66, leaving the Boomers with their fourth season loss.

With the Boomers winning their match against the Lynx last week, the series between the two sides is now tied at 1-1, with their final meeting set to be a showdown in the very last game of the season on 1 February 2020.

The Boomers now head back to their home court in Melbourne to take on the fourth placed Adelaide Lightning on Sunday 22 December, 5pm.