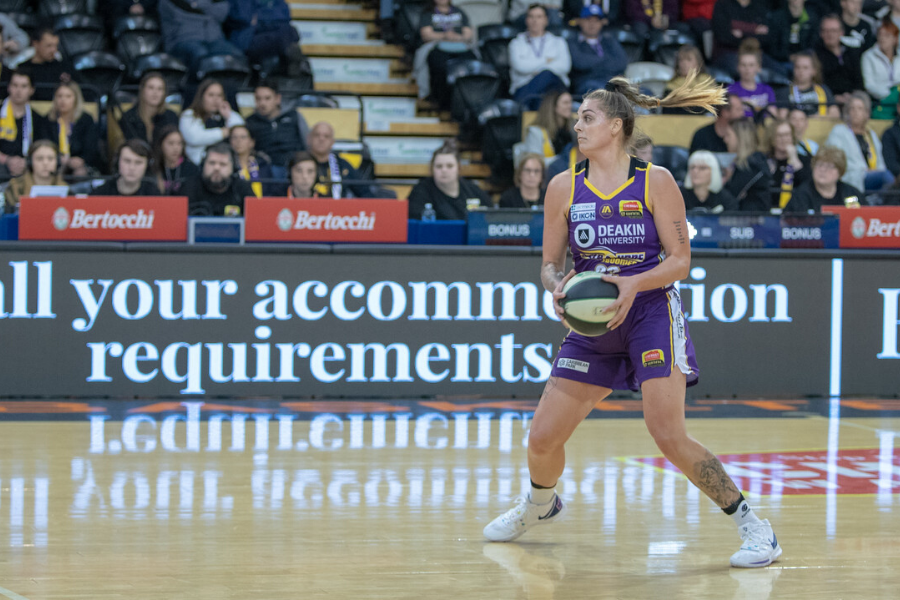 When the Deakin Melbourne Boomers take on the Southside Flyers in a mouth-watering Melbourne Cup Eve Derby clash on Monday night it will be littered with sub-plots, the lead story undoubtedly the matchup between captains Cayla George and Jenna O’Hea, current Opals teammates and Boomers teammates just last season.

O’Hea captained the Boomers to a WNBL semi-final in February and along with George will be key to the Opals’ bid to reach Tokyo 2020.

But come Monday night that friendship will have to be put to one side as they lock horns to keep their sides’ unbeaten runs going strong.

“I love Jen and I probably see her more this season than last season. I see her at the dog park all the time now”, said George.

Formerly the Dandenong Rangers, the Southside Flyers are now in their first season since a high-profile rebranding under owner Gerry Ryan and O’Hea was one of the first players to commit to the new team and has been instrumental to their successful start to the 2019/20 campaign.

“I think that she’s (O’Hea) a great leader and she’s doing a great job at leading her team over at Southside” added George.

“It’s not easy being a new organisation but they’ve had a great start”.

George, who recently celebrated her 250th WNBL game, called the rivalry between the two teams “bigger than the game itself”.

“I think it’s good for the city of Melbourne and people who follow basketball, in particular women’s basketball, to get around the rivalry, it creates the hype, the intensity and people want to come out”, she said.

George’s Boomers co-captain Maddie Garrick has called the rivalry “the biggest in the league”, and with both teams tipped to finish in the top four it’s set to be an evening of fireworks at the State Basketball Centre.

“It’s always a tough competition playing our cross-town rivals, but it will be even more exciting this year with having both teams currently sitting on 4-0 to start the season,” she said.

The close connection between the two sides extends to the sidelines; Flyers’ head coach Cheryl Chambers was formerly a coach at the Boomers, whilst Boomers assistant head coach Larissa Anderson was head coach at the Dandenong Rangers for several seasons.

“Cheryl’s a good coach so they’re always going to be tough” said George.

The excitement simmering for the new rivalry indicates a record-breaking crowd could turn out at the State Basketball Centre, tip-off at 7:30pm.