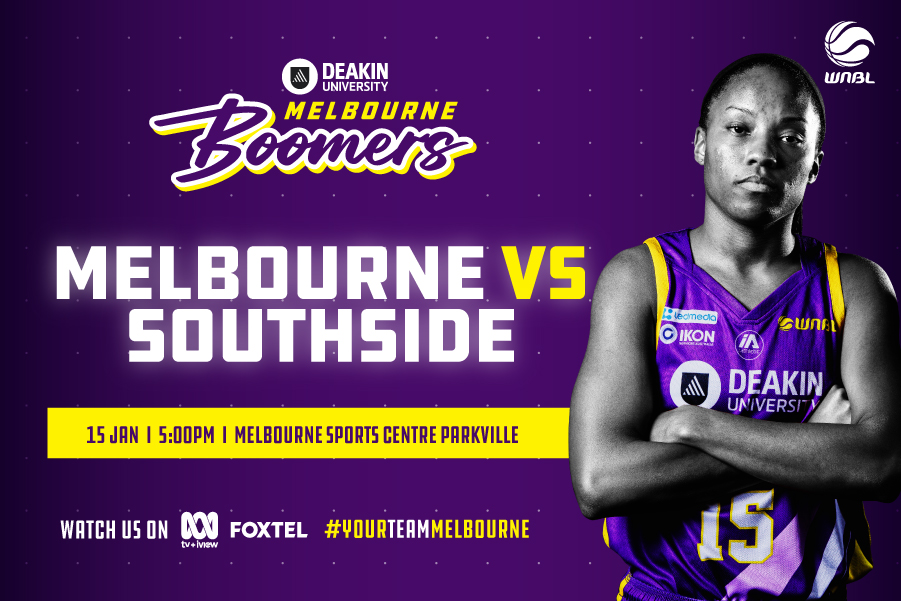 The Deakin Melbourne Boomers and Southside Flyers face off once again tonight at home, in the Boomers’ first game back after last week’s postponed games.

After a long break from playing at home in Parkville, we are keen to get back in front of the fans.

Tonight’s game will be part of the WNBL’s Reach Out round, as the league aims to raise mental health awareness and encourage people to Reach Out in times of need. The match-up will also be broadcast, free-to-air on the ABC, as well as Foxtel and Kayo.

After taking home the win and the Michele Timms Cup in the first two times facing off this season, the Boomers will be hoping to continue the sweep on the Flyers for the third Melbourne derby match-up and the Flyers will be out for redemption once again.

The opening minutes were high-pace and high-intensity. The first term saw two lead changes, plenty of offensive fouls, and a fair amount of stop-start play as the quarter wore on – a sign neither team was prepared to let up.

We are always guaranteed a fierce and physical competition when these two teams face off, and this will be nothing different. Expect the Flyers to make changes to disrupt and shut down our offensive looks.

The Flyers will be out to match the offensive intensity and defensive pressure applied by the Boomers the last two games.

The Boomers will need to continue to create good inside-outside movement and scoring accuracy. The depth in the scoring ability of the Boomers roster has the potential to cause headaches for the Flyers’ defence – if we can convert.

Coming off a fourth-quarter loss to the Adelaide Lightning, we will be determined to get back on the winners list.