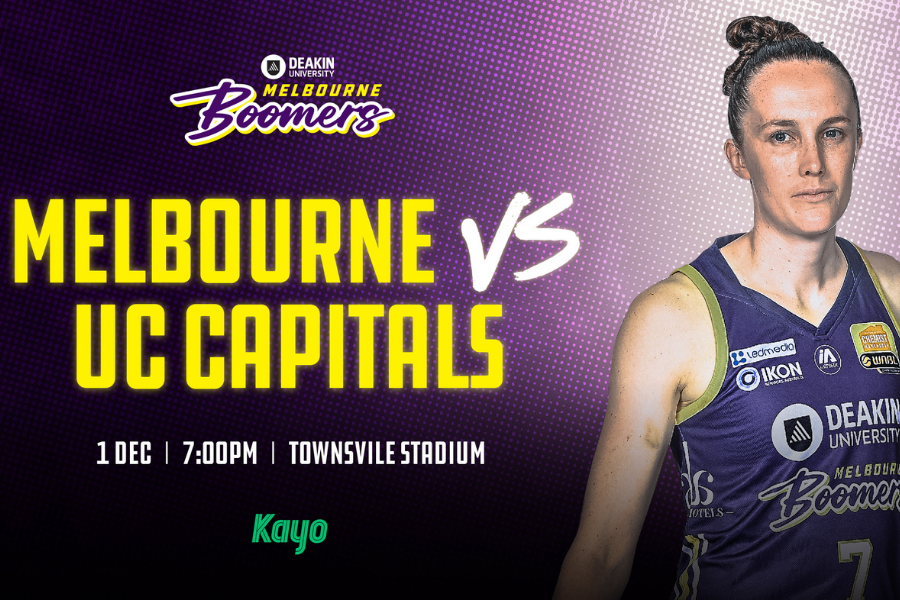 Game Preview: Boomers well rested and ready to take on the Caps

The UC Capitals and Deakin Melbourne Boomers will resume a modern-day rivalry when Round 4 of the Chemist Warehouse WNBL tips off in Townsville tonight.

The Capitals are humming with a 7-1 record while the 4-2 Boomers are fresh and ready to go after a week between games.

Canberra guard Abby Cubillo is expecting a typically tough contest against the Boomers.

“Coming up against Melbourne is always a tough game for both sides, it’s always a good game when we play them,’’ she said.

“I know they were a couple of players short last time we played, and even we weren’t at full strength. I think we’ve both gotten better since then and it should be a really good game.

“I think a key for us is really knowing individual tendencies and being alert on defence because we’ve gone through scout on their offensive plays but they are also very good at, if we take away something doing something else.”

The Caps had 11 of their 12 players hit the score sheet last start against the Villawood Properties Bendigo Spirit, led by Mariana Tolo’s 14 points.

“It’s been nice to have a break, not a lot of teams were able to get a week off before games so I think we definitely used that to our advantage,’’ she said.

“We rested bodies a bit and were able to have a couple of full practices which was nice to go through a few things we need to work on and prepare us for the rest of the season.”

For Magbegor adding momentum is important in the penultimate round of the season.

“I think we need to play our game and do what we’ve been doing. Last game against Adelaide it was just a great team game, so I think we’ll be looking to execute and play like we did in that game,’’ she said.

“It’s important to get a good start against a team like Canberra so we are hoping to do that, run the floor well and play great team defence.“