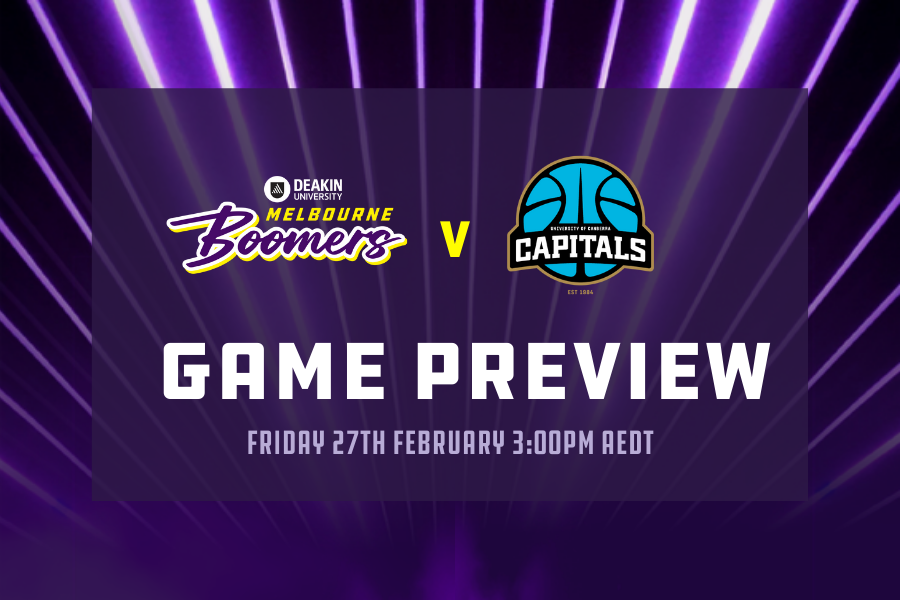 The Deakin Melbourne Boomers come up against the UC Capitals this afternoon for the first time this season, at the National Convention Centre in Canberra.

The Boomers will hit the court for the second time this weekend, off the back of a decisive win Friday night at home against the Townsville Fire.

The must-watch clash also includes the Capitals’ Indigenous Round celebrations, as it’s their last regular season game at home – it’s sure to be electric.

You can expect the Capitals to be fired up and to feed off their home crowd energy, as well as be full of confidence from a six-game winning streak.

The last time both sides were scheduled to meet, the matches were impacted by COVID-19 and postponed. Now they find themselves coming face-to-face at the business end of the season.

The Boomers will do battle with a full Capitals squad, who sit second on the ladder with a 75% winning average – compared to the fourth-placed Boomers’ 69%, having also played one additional game than the Capitals. The Adelaide Lightning is slotted in between them both at 72%.

The Boomers will have to come out hungry for the ball and maintain their laser-focus – turning the hostile energy in the arena around to fuel them. Getting rattled will not be an option.

Our side are coming off a great win at home and one of their top offensive performances so far this season. Continuing this consistency in maintaining pace and flow to finish off plays will be crucial to make a winning impact.

Ezi Magbegor will continue to sit out this round to manage a minor injury, but the depth of the Boomers bench proved this could be managed in Friday night’s clash.

Defensively, the Boomers will have to do a solid job on what is the most in-form team alongside the Lightning, with an even spread of offensive threats both outside and inside the paint.

Limiting players such as import Brittany Sykes, Kelsey Griffin and Mikaela Ruef (only to name a few) will be key.

Be sure to catch the action live and FREE today at 3:00pm on Kayo Freebies! Let’s bring the boom.