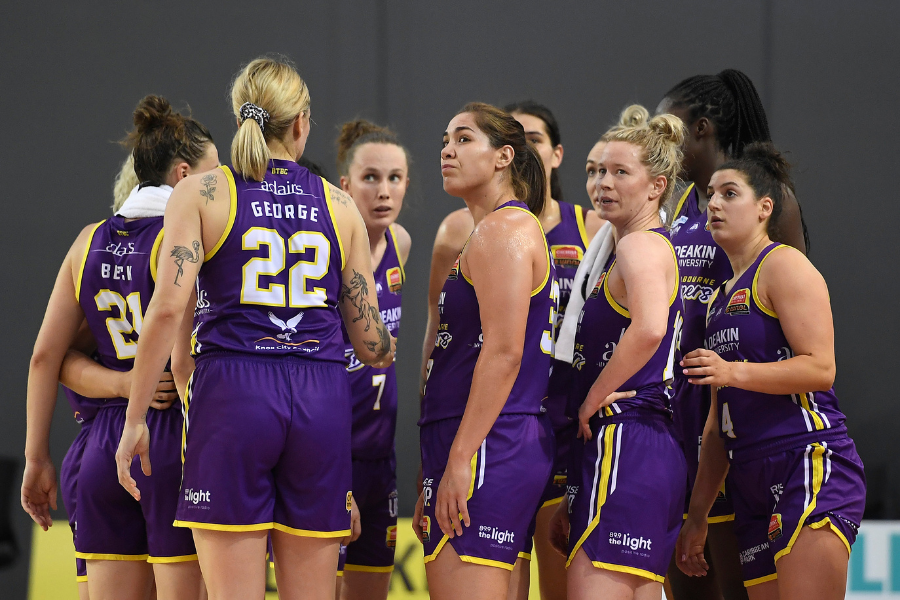 It may only be the opening round of the 2020 Chemist Warehouse WNBL season but Deakin Melbourne Boomers coach Guy Molloy says Saturday’s opponent Jayco Southside Flyers have already emerged as the team to beat.

The Liz Cambage-inspired Flyers impressed when they overpowered a gusty Villawood Properties Bendigo Spirit by 42 points in their season opener on Thursday night.

Cambage nabbed 19 points in just 20 minutes to set the stage for a mouth-watering clash at Townsville Stadium on Saturday with another team tipped to make a championship run – the Opals superstar’s former outfit the Boomers.

But Molloy said last season’s runners-up the Flyers had already claimed outright title favouritism for the hectic eight-team, six-week season played in a north Queensland hub and he said one look at their roster indicated why.

“The Flyers are pretty imposing. They are the team to beat,” said Molloy, who is also the Tall Ferns coach.

“The fact that you have got players of that calibre in a season where we don’t have imports…it is a very formidable line-up, and they deserve favouritism.”

Not that the Boomers will be making up the numbers.

They are spearheaded by Opals star Magbegor who Molloy believes has returned to Australia a better player after recently claiming a championship win with Seattle in her first WNBA season.

“She has trained against the best in the world (at Seattle). Every day she got to work inside against (WNBA star) Breanna Stewart and had a decent role in their championship (win),” Molloy said.

Yet Molloy was content for the Boomers to fly under the championship radar for now.

“Our job is to deal with the very limited preparation that we have had due to COVID in Melbourne, build momentum as we go along,” he said.

Meanwhile, Flyers coach Cheryl Chambers was not getting ahead of herself.

“I don’t think we are the team to beat. We are a good team but there is a lot of work to be done considering the (COVID disrupted) pre-season we have had,” she said.

But Chambers already liked what she saw from Cambage.

“Liz is in the best condition I have seen for some time, that will certainly help (in hectic schedule),” she said.

“It’s great to have her out there. She’s such a big presence inside and hopefully it also helps get more people to watch our sport.”

There’s never been a better time to support women in sport. Sign up for a Family Hub Membership for just $60!