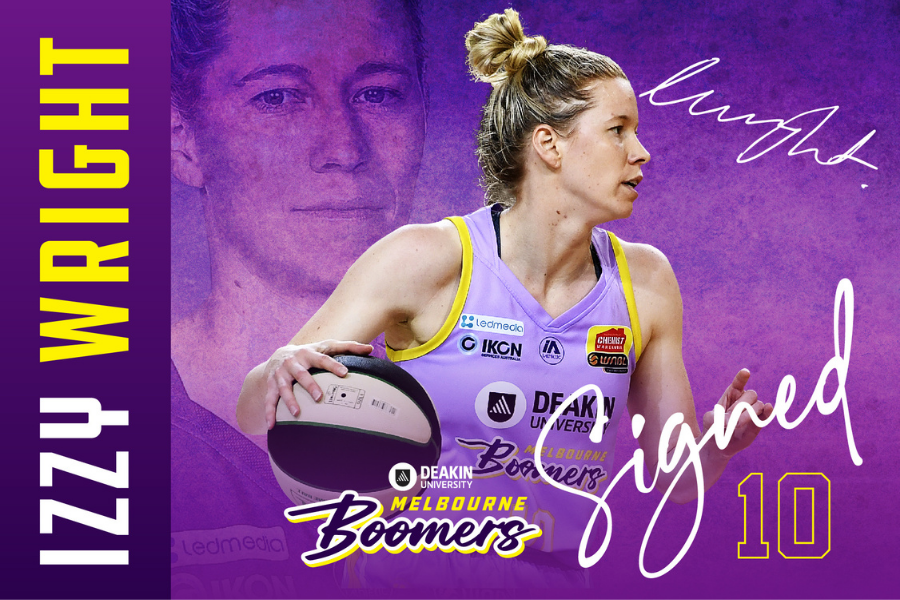 Izzy Wright to play on with Boomers for second season

The Deakin Melbourne Boomers are excited to have Izzy Wright return for the 2021/22 WNBL season.

After making her WNBL return last year by pulling on the purple for the Boomers, Wright played valuable minutes for the Boomers off the bench, contributing in scoring, rebounds and steals.

Having played for WNBL’s Logan Thunder and Perth Lynx in the past, Wright decided a few years ago to add stability to her lifestyle and shift her focus outside of basketball to her career in finance – whilst remaining a constant on the Nunawading Spectres NBL1 side and the 3×3 Australian Women’s Squad.

In an unusual turn of events, that wouldn’t have happened without COVID-19, last season Wright had the opportunity to move to flexible working arrangements to be able to balance both her on and off-court professional careers.

This season Wright felt like she had unfinished business with the team and the support of her work to help manage playing WNBL, whilst continuing her career off the court.

“The club has put a really great team together this year, and I felt like I still had the ability to contribute to the team’s success, so I wanted to be a part of it,” says Wright.

“Also, as I’ve gotten older, I’ve really been able to appreciate that having the opportunity to play at the highest level in the country is only for a relatively short window of time in your life, so I really wanted to make the most of that while I still could.”

When asked what she is most excited about this season there are two main factors that stand out to Wright the most.

“I’m really excited to play a season in front of friends, family and Boomers fans [in Melbourne] this year.”

“More than anything I just love the feeling of working together with a team for a shared goal, it’s the thing that drives me and I’m so excited to do it with the team that the Boomers have.”

Don’t miss out on seeing Izzy play this season – Find the best option to join us for the journey here, and to hear all the latest news join our mailing list!