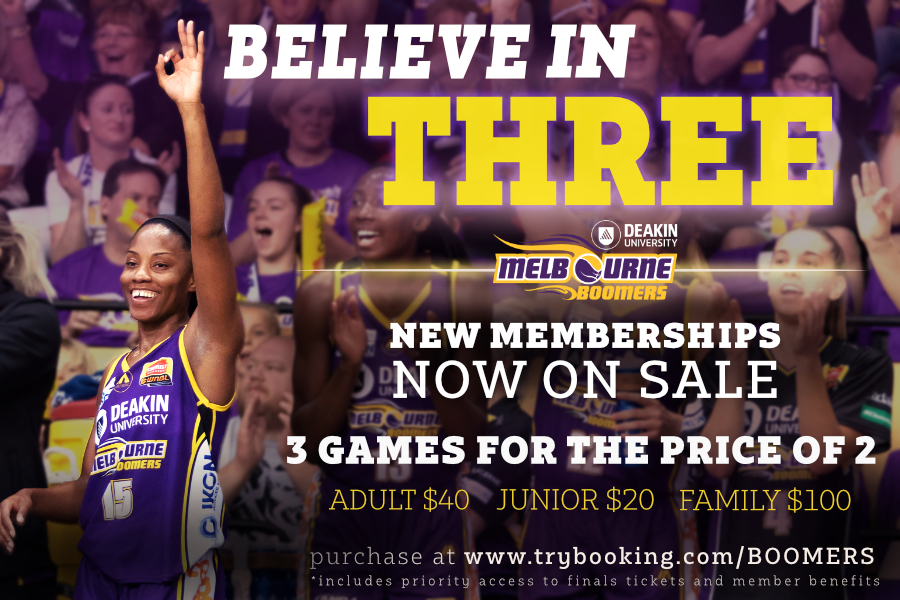 With four regular season home games remaining the DEAKIN MELBOURNE BOOMERS have put out the last call for the club’s 3-Game Memberships.

The 3-Game Memberships include entry to three games for the price of two, plus the additional bonus of priority access to finals tickets.

The Boomers are expected to announce a new record number of members next week, believed to be well over 3,000 – up on last season’s 1,300 members.