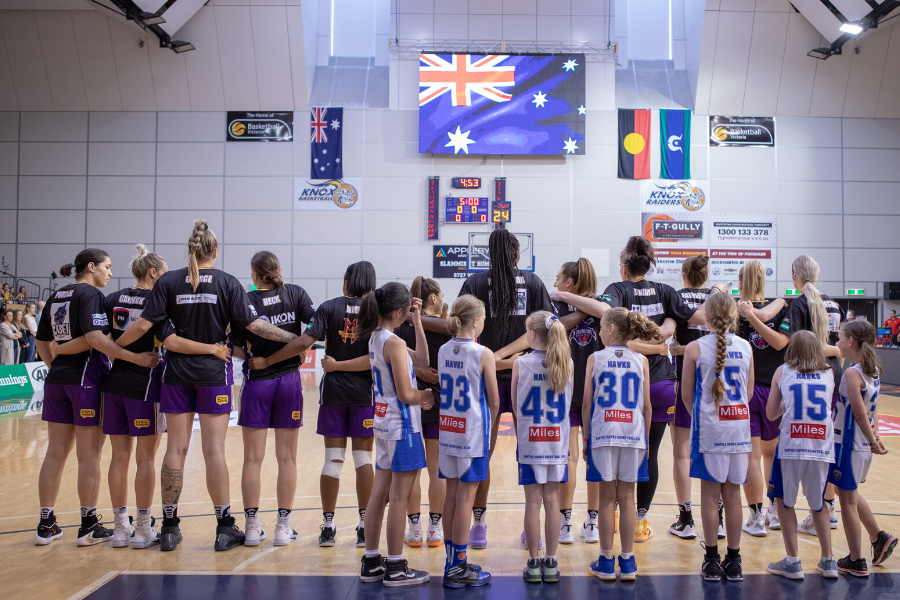 The signing up of the Melbourne Boomers, Melbourne Vixens and Netball Victoria to the Victorian Responsible Gambling Foundation’s Love the Game Sporting Club Program means it is now embedded in six of the highest profile women’s national sporting competitions.

The new recruits are in good company, having joined AFLW, Women’s Big Bash cricket, W-League soccer and Super W rugby, as well as more than 400 other elite and local sporting clubs across Victoria that have decided to say no to sports betting sponsorship.

Welcoming them to the program, Foundation CEO Shane Lucas acknowledged it was important to broaden the influence of Love the Game through partnerships with a variety of sporting codes and the increased participation of female role models.

“As environments that foster friendships and healthy lifestyles, it is appropriate for sporting clubs – through role models and other opportunities – to help young people understand that betting and sport are two distinct activities that do not have to go together,” Mr Lucas said.

Christy Collier is General Manager of the Deakin Melbourne Boomers, one of the most recognisable teams in the Women’s National Basketball League.

“The Boomers are excited to be involved in the Love the Game program,” she said.

“Basketball is one of the highest participation sports in Victoria, with most players being under 18 years of age. We love basketball for what it is, an amazing sport, and that’s what we want for them too.”

“Love the Game is a natural extension for us,” Ms King said.

“Netball has the highest female participation rate of any sport in Victoria at junior and open age levels, with more than 300,000 girls and women registered. The high participation rate combined with the Association’s networks and the strength of the Melbourne Vixens brand give us an extensive reach, which we use to deliver positive messages to young people.”

Mr Lucas said recent research findings that an average of 374 gambling ads are shown on Australian free-to-air TV each day, and that children see a large proportion of them, was cause for concern.

“It is important that we interrupt the association of sports and gambling by raising awareness among young people of the risks of betting on sports. We’re delighted to have our new partners join us in this endeavour.”

The Love the Game program aims to reduce the exposure of young people to sports betting promotions and interrupt the normalisation of betting on sport.