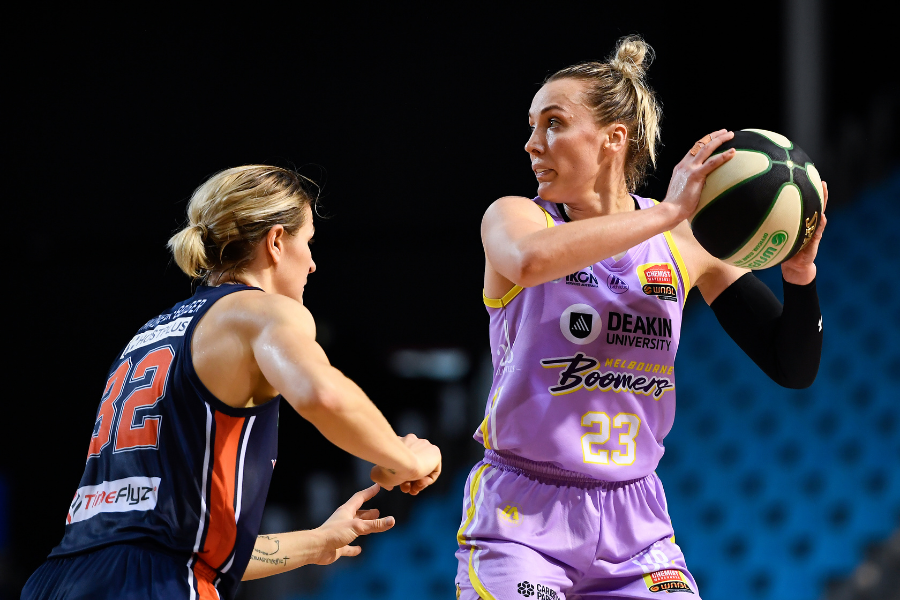 It’s a special day for Boomers co-captain Maddie Garrick today, notching up 250 WNBL games. While putting in her in elite category, this also provides her with life membership to the WNBL.

Maddie made her WNBL debut in the 2009/2010 season with the Bendigo Spirit at the ripe age of 17. She then went on to play 43 games for the Australian Institute of Sport before returning to the Spirit to complete her 79-match stint with them. Garrick then relocated to the Melbourne Boomers in 2015 where she has been ever since.

While she hasn’t yet managed a Championship at the Boomers (could this be the year?), she managed two back-to-back at the Bendigo Spirit in 2012-13 and 2013-14.

We spoke to Maddie earlier this week to discuss all things WNBL.

What has been the highlight of your WNBL career?

The highlight of my WNBL career has definitely been winning back-to-back championships back in 2013 and 2014.

What does 250 WNBL games mean to you as well as life membership in the WNBL?

I’m so honoured and grateful to be able to reach this milestone.

I’ve never really thought about me reaching that milestone, when I’ve seen people inducted as life members or reaching 250 games, I’ve always thought wow that’s such an amazing achievement. Now that I’m in that position, I think every time I reach a milestone it gives me an opportunity to reflect back on my entire career.

I was a country girl playing basketball and I’ve been fortunate enough to play all over the world but to play so many games for so many years against the best women in Australia and some of the best women in the world which means a lot to me. I’ve been on so many amazing teams, I’ve made so many amazing friends and had some great coaches, it’s been a journey but I think finding myself along the way through basketball and just enjoying that part of my life because basketball is my life.

What is the best part about playing in the WNBL and what is your favourite part of each match you play?

For me, I just love playing basketball, I love the person I have become and how it gave me an identity. The last few years being in a co-captain role, I really look forward to preparing my team mates and making sure everyone is ready to go and really bringing everyone in.

What is the most important thing that basketball has taught you?

Basketball has taught me everything, it’s [basketball] taught me how to be resilient, how to work hard, how to really ride the highs and lows, how to get yourself out of a funk, how to become more confident within yourself, to be able to perform, how to prepare properly, how to be on time, how to be professional.

The Boomers are currently third on the ladder going into the final round of matches before finals, what do you think the future holds for the Boomers?

We’re just so excited because we have so much talent, and the thing is we run so deep as well. When the starters are coming off, we have so much talent coming on that gives us that extra burst. For us, we have been trying to have a focus on defense. Guy said the other day that “defense wins championships and offense determines by how much” and that’s just what we are trying to do.”