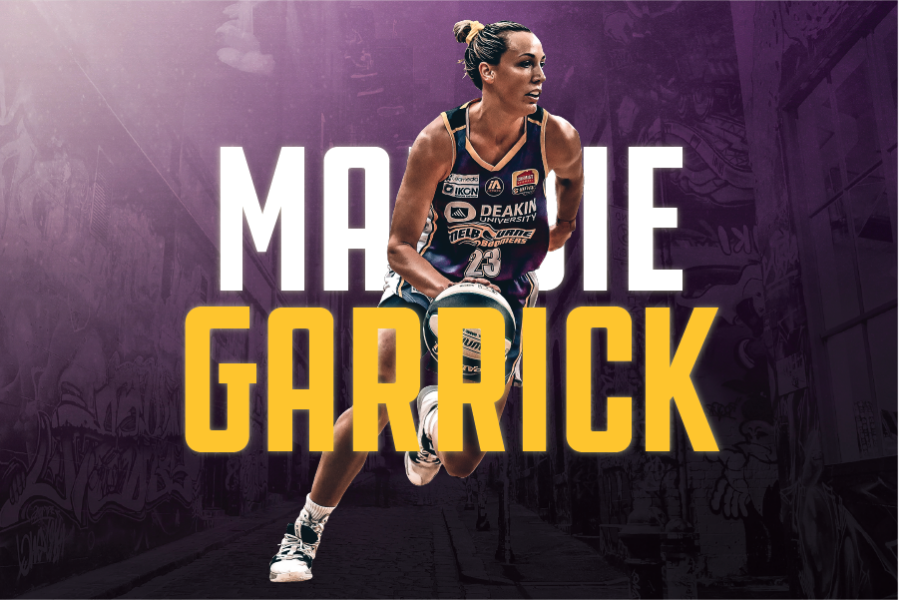 Set to line up for her sixth season at the Boomers, Garrick is excited about the season ahead.

“I’m looking forward to building on from an exceptional season for the club last season (with a hint of unfinished business).”

Such an unusual off-season has only left Garrick raring to go beyond what would normally be experienced.

“I am looking forward to getting back to work more than ever after everything that’s happened in the world over the past months.

“I absolutely love playing for this club – the fans, the environment, the professionalism and also the culture that we have created amongst the team.

“These are just a few central reasons as to why I’ll be returning to the club for my 6th season, as well as continuing on in the role as co-captain.”

Recently, outside of WNBL, Garrick has continued to raise the bar and represent her country in the Australian women’s 3×3 team – winning multiple silver and gold medals in consecutive international tournaments. She will have the chance to help secure Australia’s place in the 3×3 Olympic event in Tokyo, 2021.

During the off-season (along with NBL alumni, Damon Lowery), Garrick began Baller Beats. By busting some creative moves along with catchy tunes – their videos take dribbling drills to a whole new level.

The Boomers can’t wait to see what Garrick brings to the table for us in this coming season.

Don’t miss out on seeing Maddie play this season – register your interest to become a member today!