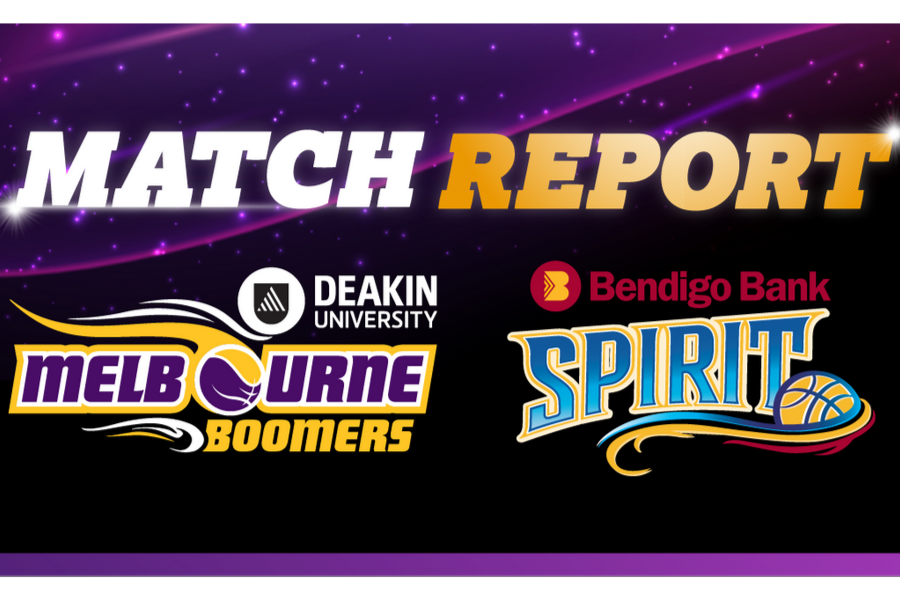 Match Report: Boomers put in a superb team effort to start the season 1-0

Round 1 of the 2019/20 WNBL season kicked off for the Deakin Melbourne Boomers and Bendigo Spirit in Bendigo last night, the Boomers coming away with a convincing win, 87 – 72.

In her second season with the Boomers, point guard Lindsay Allen returned for her first full game after sitting out the WNBA season to get a niggling knee injury right, and was on fire. Allen opened the game with 8 points in the first quarter, finishing with a game high 19, to go with 7 assists and 6 rebounds.

The starting five for the Boomers – Allen, Cayla George, Maddie Garrick, Sophie Cunningham and Ezi Magbegor – spread the scoring well. Good ball movement, strong finishing around the basket and accuracy from beyond the arc saw all five comfortably in double figures.

For the Spirit, only Marty Grays, Shyla Heal and Debbie Skinner hit double figures, each with 14 points. Grays was impressive in her WNBL debut, strong in the paint on offensive, and physical on the boards, leading the Spirit with 9.

But from the opening quarter, the Boomers looked to be in control of the game. They won the tip, which led to an Ezi Magbegor drive and assist to hit an open Cayla George for the opening two-points of the game.

With Becca Tobin out for the Spirit, they were simply unable to keep the Boomers off the boards, especially on the offensive end, with nine in the opening quarter alone. This gave the Boomers a comfortable eight point lead at the break 26-18.

Magbegor (15 points, 5 rebounds, 3 assists, 2 blocks) was simply sensational for the Boomers on both ends of the floor. A monster block in the second term sparked the Boomers, who then went on a 6-0 run, stretching the lead at the main break to nine, 45-37.

In the third quarter the Boomers put their foot down.

Co-captain Maddie Garrick struggled with her shot in the first half, but found her rhythm in the third, with a quick five points. Garrick hit three from six from beyond the arc, finishing the game with 15.

New US import Sophie Cunningham (11 points, 4 assists) got into foul trouble early in the game which saw her on the bench for most of the first half. She finally hit the scoreboard in the third with a transition bucket, followed by three consecutive threes to announce her arrival in the WNBL.

By three quarter time the Boomers had all but sealed the win, leading by 18 points, 72-54.

Despite a late run and strong fourth quarter from the Spirit, led by Tessa Lavey (9 points), the Boomers were just to strong, running away with the game 87-72.

Coach Guy Molloy gave credit to co-captain Cayla George, who led from the front for the Boomers on both the offensive and defensive ends of the court. George finished with 12 points, 9 rebounds and 2 blocks.

The two teams meet again in their Round 2 clash, this time on the Boomers home court at the State Basketball Centre.