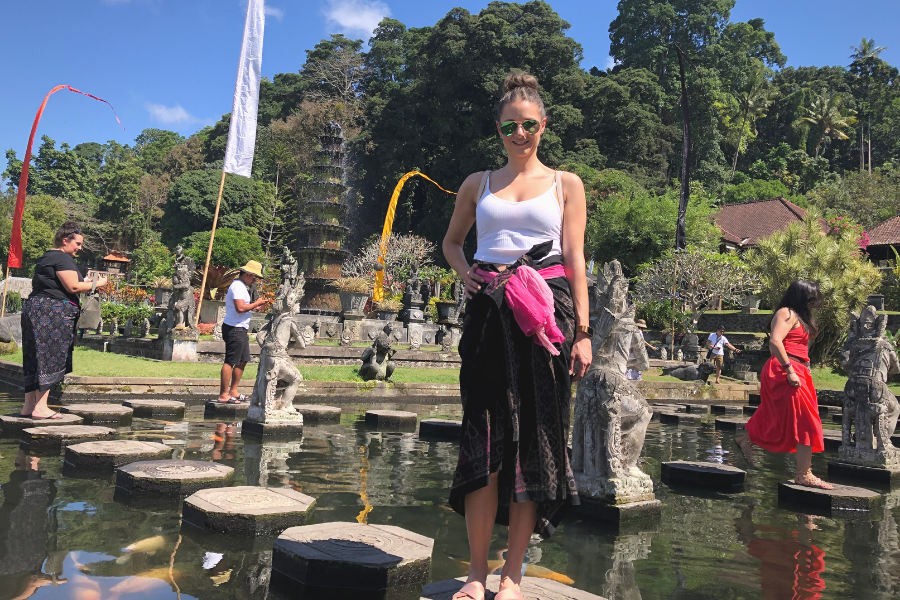 Second in the Meet the Boomers series is another member of the team from behind the scenes, Graphic Designer, Elena Andoniou.

On top of her 9-5 job, Elena has been working tirelessly of late (understatement!) as the creative force behind some very exciting developments this coming season – Soon to be announced!

Elena pours her heart and soul into all of her work for the Boomers and admits it’s all worth the effort when she sometimes ends up driving past a billboard she has helped bring to life.

She epitomises the vibrancy and passion of the Boomers brand and colours, which she herself loves, because they reflect the club on all levels.

What’s something not a lot of people would know about you?

I was on Shark Tank Australia, Season One, and secured investment for my small business at the time. I learnt so much over those five years. You don’t think it happens to real people, but it actually does!

Skydiving and bungee jumping. Those are 2 things I will never do!

Where did you grow up?

Australia. I’ve never lived overseas or interstate and grown up in the Western suburbs.

Do you have any pets?

If not basketball, which sport would you compete in at the Olympics?

Swimming. Definitely a water baby through and through.

Favourite workout track or music at the moment?

A State of Trance by Armin Van Buren. It’s so uplifting and really gets me motivated.

Weirdest food combination you swear by?

Money Heist and Ozark. I hear they are pretty good.

(After some digging, Elena later admits it’s actually The Last Dance, but that we can’t just all keep having the same answer!)

A banana smoothie with honey and cinnamon. Hits the spot every time.

Just to indulge our COVID-induced (longing for travel) favourite place travelled too?

Greece! My heritage is Greek and there is no place on earth like the Greek islands.

The Australian Open. I love the atmosphere, the vibes, the game and that it’s summer in Australia.

I love baking and my favourite so far has been apple pie with homemade shortcrust pastry. The smell fills the whole house and smells divine!

Where do you do your best thinking?

Lying in bed at night. I always have a notepad by my bed to write down my crazy ideas so that I don’t forget them.