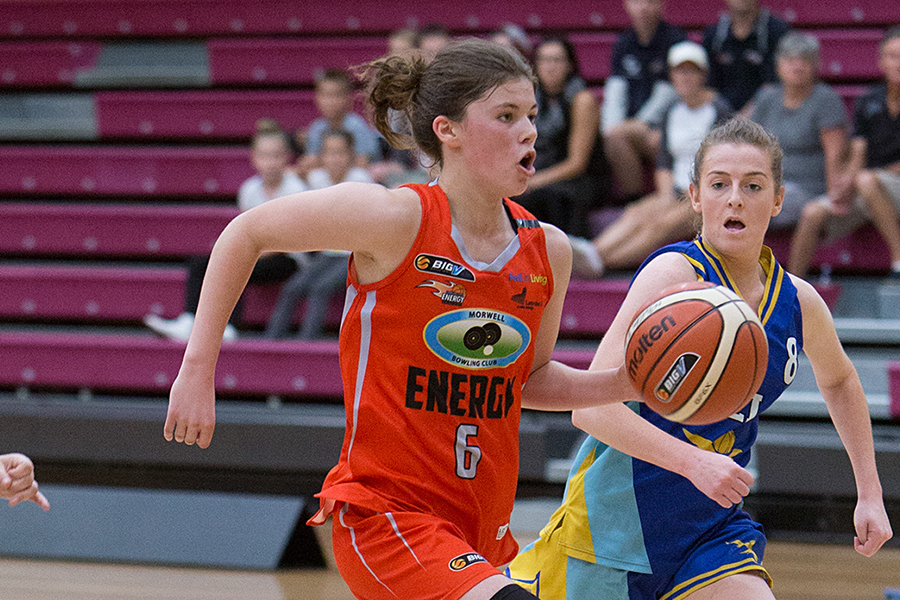 Melbourne By Name And Now A WNBL Boomer

It’s not every day a 15-year old player from country Victoria receives a contract to join one of the best women’s basketball leagues in the world, but for talented Traralgon star Jade Melbourne that opportunity has come in the form of a development player contract with the Deakin Melbourne Boomers.

Having caught the eye of Boomers coach Guy Molloy at the recent U18 nationals, the Year 10 student became a priority soon after when Boomers GM Justin Nelson spoke with Molloy about a young dynamo who was making a big impression at senior level in the Big V state league competition with Latrobe City Energy.

The same name then appeared on the office whiteboard – Jade Melbourne. “We knew it was a good sign when we both literally talked about the same player at one of our regular player recruitment meetings,” said Molloy of his newest recruit.

“I was really impressed with Jade at the nationals, she is a terrific competitor and clearly has real passion for the game. It’s not every day you sign such a young player to a WNBL contract, so we’re very excited to welcome Jade into the Boomers family and we look forward to watching her develop over the coming years,” Molloy added.

For Jade, answering those first phone calls from the Boomers will be something she will remember for a long time.

“When I got those calls I couldn’t believe it, I was just so excited to be recognised and given such an amazing opportunity to be part of an awesome organisation,” said a buzzing Melbourne.

“I can’t wait to train at the highest level alongside some of the best players in the country. The Boomers have an awesome line-up and I can’t wait to be amongst it all.

“Both Guy and Justin have been so professional, they have stressed the importance of my schooling and went to great lengths to talk about how much support the Boomers provide to players studying,” added Melbourne.

Though Jade will be the first Melbourne to be a part of a Boomers squad, she certainly won’t be the first Gippsland player to make the squad.

Club GM Justin Nelson heaped praise on the Gippsland region as one that continues to develop extraordinary female basketball players.

“Jade becomes the fourth player in our squad to come from Gippsland, joining Jenna O’Hea (Traralgon), Chelsea D’Angelo (Traralgon) and Jaz Shelley (Moe). It really is such a rich area for basketball talent,” said Nelson.

“We have watched Jade closely over the last six months and we’re all looking forward to her development within the Boomers family.”

Melbourne is the third development player signed by the Boomers, joining Isobel Anstey and Lara Edmanson who were both announced earlier this week. The club plans to announce at least another three development players over the coming weeks.

The Boomers will play against Bendigo Spirit in Gippsland this September, with games planned for Sale, Traralgon and Warragul.