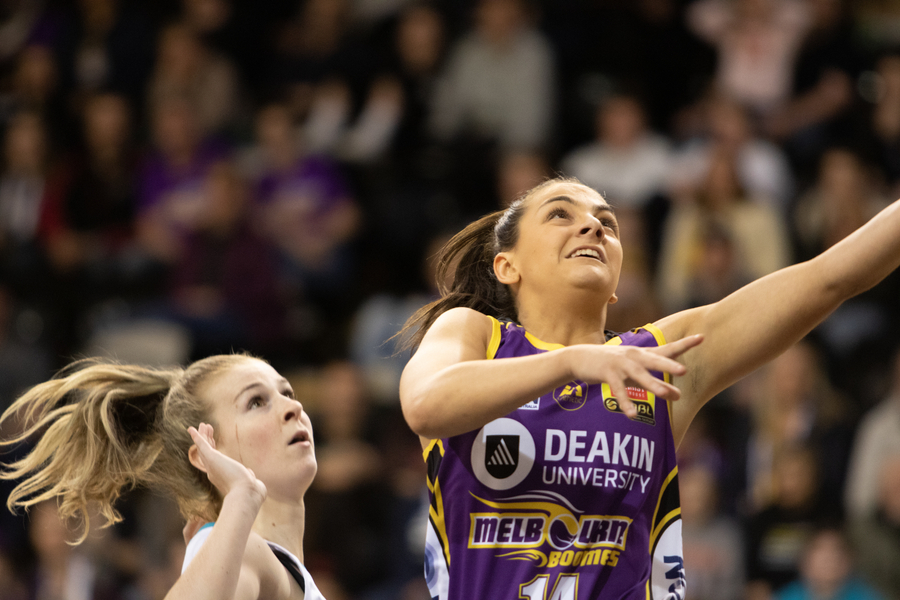 Monique Conti was not expecting to win the Richmond VFLW Best and Fairest, but is honoured to be recognised

19-year-old Monique Conti is a rare breed of athlete. An elite junior in both basketball and Aussie rules, she now plays in the national league competitions in both codes. This puts her in an exclusive group, only done by a select few, as a dual-code elite athlete.

Incredibly, Conti is in her fourth season playing for the Deakin Melbourne Boomers (starting when she was just 16) in the WNBL, and is also making her mark in the VFLW and AFLW. Conti was impressive in her first VFLW season with Richmond this year, sharing that she has enjoyed the transition from the Bulldogs over to the Yellow and Black.

“They [Richmond] have been nothing short of supportive of myself playing basketball as well as football, which was a big part of the move.” Conti said.

“Richmond have already taken great care of me and are eager to take my game to the next level, to make me the best dual athlete I can be. The club is nothing short of amazing.”

Despite only playing seven games for Richmond during the VFLW season (Conti had commitments with the Melbourne Tigers in the NBL1 basketball competition), Conti was named in the VFLW Team of the Year, came a close second in the league’s best and fairest, and was also recently awarded Richmond’s VFLW Best and Fairest Medal. “I definitely wasn’t expecting to win. I only played seven games of the season because I was playing for Melbourne Tigers so just played the games I could.”

“To hear my name called out was surprising. But to be acknowledged for an individual award is definitely an honour, especially considering the number of great players on that list.” The popular point guard has a strong commitment to both sports despite the difficulty in managing the workload. She credits communication and support as the key ingredients to her success and ability to maintain an elite level in both codes.

“It’s tough balancing two elite sports, but the more support I have the better. I’ve been playing both [sports] my whole life, AFLW for two years now, and WNBL for four.”

“I have learned to use communication as my best asset between both codes to manage my load so I’m able to continue to compete in both.”

Now heading into the WNBL 2019/20 Season, Conti is looking forward to fulfilling her role in the Boomers, and hopefully coming out on top in the finals this year.

“I would love to win a championship with the Boomers and simply just get my game to the next level”.

“I’m excited to see how far we can go. I feel like we have a tight knit team that can win, and I’m excited to play my role and be a part of that. I love the girls and just to get out there and compete with them is special on its own”.

Don’t miss a minute of Monique in action this season – get your Boomers membership here.