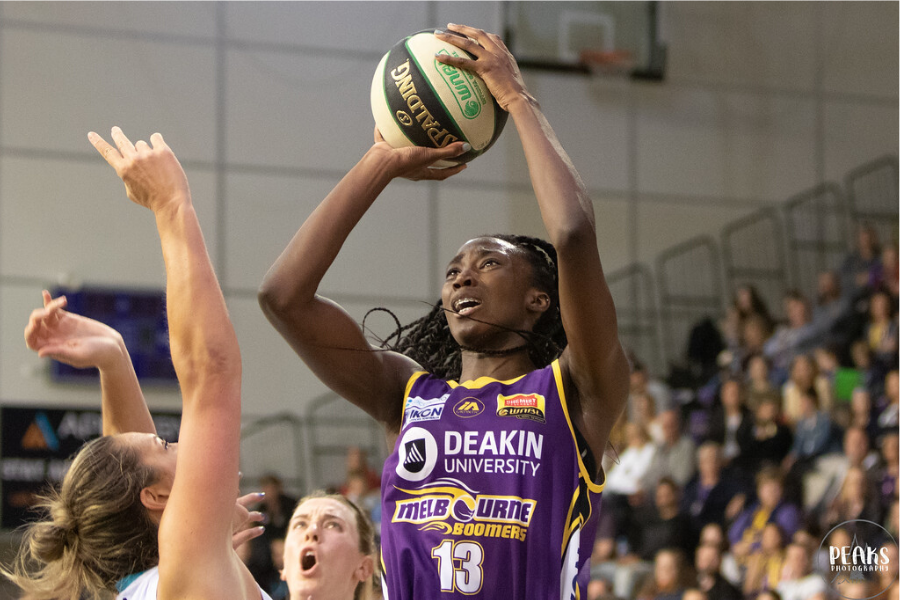 Deakin Melbourne Boomers co-captain Cayla George and teammate Ezi Magbegor will return to Melbourne with their goal of representing Australia at Tokyo 2020 in touching distance, after a successful round of Olympic qualifying with the Opals over the weekend.

Both teams needed to place in the top two in their pools to advance to the qualifying tournament in February 2020.

The Opals managed to secure a second place finish in their pool after defeating Chinese Taipei (84-51) and thrashing India (114-29) before losing their final match against Japan (82-69). It was enough to take the green and gold to Olympic qualifying tournaments in February.

The New Zealand Tall Ferns fell heartbreakingly short of reaching the qualifying tournaments. After winning their opening match against The Philippines (111-54) the team then suffered a 23 point loss to China (94-71) before winning their final match against Korea (69-65) where they needed to come out on top by a minimum of 12 points to lock in the second place finish.

Davidson and Purcell put in strong displays in the crucial decider against Korea, both making double-doubles. Davidson finished on 24 points and 15 rebounds, and Purcell with 16 points and 10 rebounds.

It’s straight back into WNBL duty for our international stars this weekend with tricky back-to-back away fixtures against Adelaide Lightning and Bendigo Spirit.