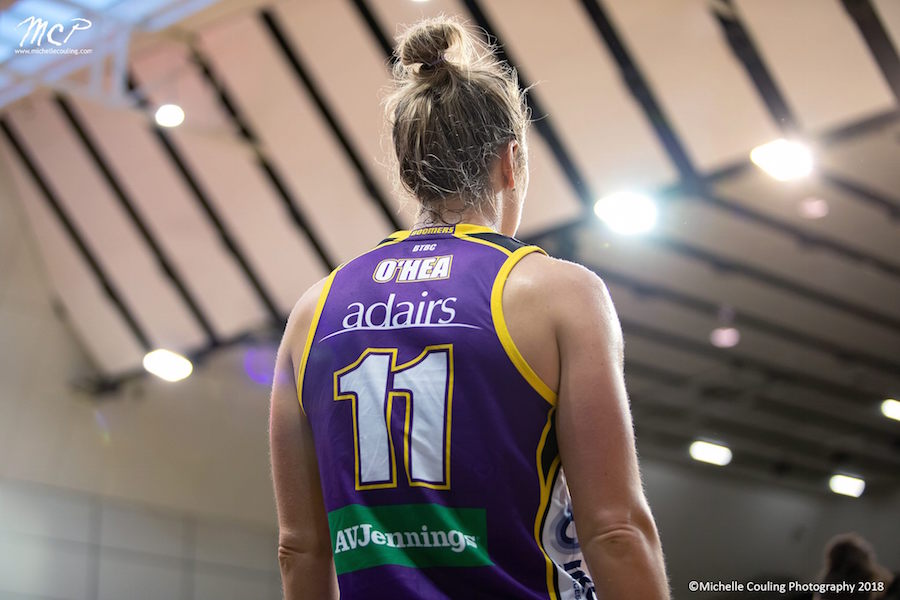 Jenna O’Hea will step out for her 250th WNBL game this week in Bendigo, a personal milestone across a career that has often seen her team-first approach lauded by those around her.

The current captain of both the Australian Opals and the Deakin Melbourne Boomers continues to chalk-up achievements, including a World Cup silver medal and a Commonwealth Games gold medal during 2018.

O’Hea is a two-time WNBL All-Star and two-time Championship winner, while a bronze medal at the 2012 London Olympics is another significant highlight in a glittering career.

A fan favourite amongst the Boomers Family, O’Hea continues to show her class and versatility on a weekly basis with her team currently sitting atop the league ladder, but for the Traralgon native, who played her junior hoops at Nunawading Spectres, it’s all about business right now.

“The time to reflect will come down the track, but for now I just want to thank everyone who has helped and supported me to get this far,” said O’Hea.

“My family, teammates, coaches and staff have all played a part in helping and supporting me throughout my career. I also want to thank the fans out there, especially those who have followed my career and cheered me on, across the ups and downs. Thank you.” Away from the WNBL O’Hea has delivered plenty of success internationally, including stints in France, and also six seasons in the WNBA with Los Angeles and Seattle.

“Jenna! What a leader! I love playing alongside her, such a smooth operator! She makes everyone accountable and helps create an amazing culture among the team,” explains teammate Cayla George.

Coach Guy Molloy is another who continues to be full of praise for his team leader.

“Congrats to Jenna on her 250th.  She has been the captain of the Boomers since she first walked through our door – her leadership skills are exemplary,” said Molloy.

“She’s also one of the most versatile players I’ve ever had the fortune of coaching, being effective in any position from the one through to the four, an outstanding passer, shooter and defender. Jenna had a large say in the Boomers making the Grand Final series last year and will be similarly influential with this year’s team.”

The Boomers will further celebrate Jenna’s 250th WNBL game at a future home game where the Boomers members and supporters can acknowledge their captain’s achievements.