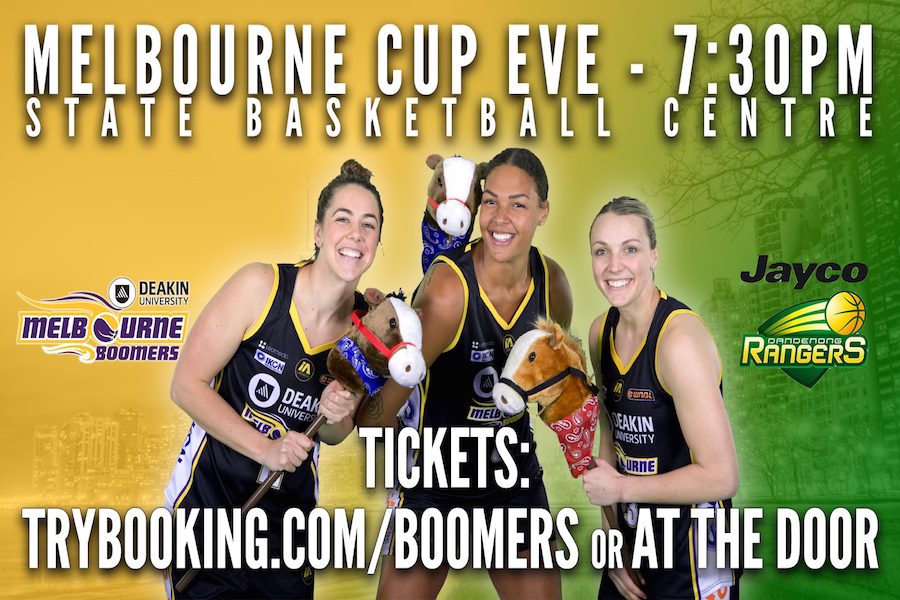 All roads lead to the Melbourne Cup Eve Derby

While there is plenty of basketball to be played over the coming week, plans are already well underway for the biggest game on the WNBL calendar – the Melbourne Cup Eve Derby.

The Deakin Melbourne Boomers and Dandenong Rangers will renew the league’s greatest rivalry when they clash at the State Basketball Centre on Monday November 6 with a potential crowd of 3,000 being tipped to attend the big night.

“It’s such a fun game to be a part of, everyone gets up for it – the players, the supporters, the basketball community,” said Boomers GM Justin Nelson, adding “The atmosphere is fantastic and I know the players love being a part of it.”

With the league’s new season format now in place the Boomers’ other big blockbuster – Australia Day Eve – is no longer on the schedule, which means “Melbourne Cup Eve is now the biggest game on the WNBL calendar” according to Nelson.

“Families are looking for something to do leading into the Melbourne Cup public holiday and they have really warmed to coming out and supporting women’s basketball. It’s exciting to see families getting right behind the event.”

“Last year’s crowd was second only to Australia Day Eve, so I think we can expect something really special for the WNBL this time around.”

The club is encouraging every to book tickets early and preferably to grab reserved seating to ensure you get the best seats.

Tickets are now available at www.trybooking.com/BOOMERS