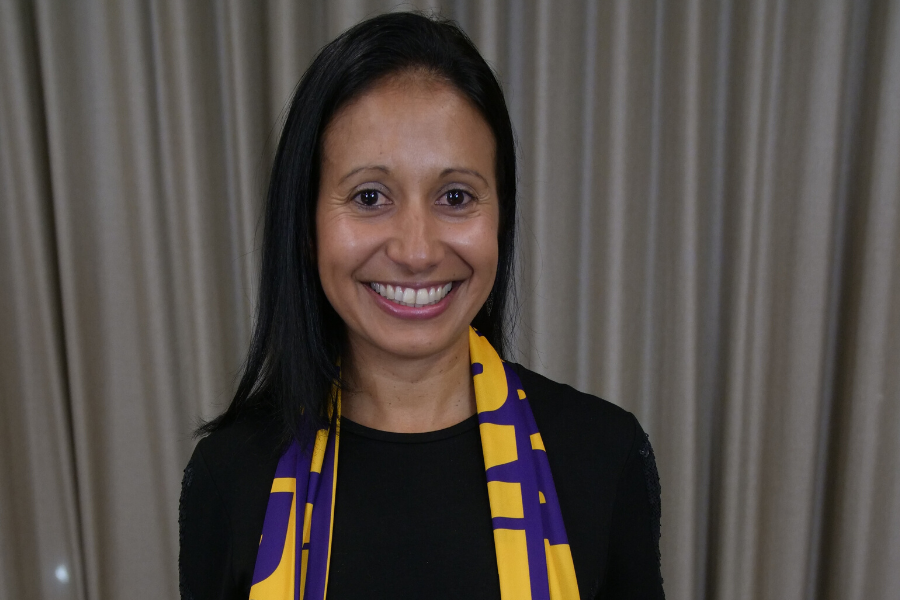 Sharin Milner shares her WNBL story, from starting with the Boomers, to Captaining a Championship winning team

As a part of the Boomers Heritage Program, the Deakin Melbourne Boomers are excited to bring to you the story of Championship winning captain, Sharin Milner.

At the Boomers Cup Eve match this coming Monday night, Sharin will be presented to the crowd at half time in celebration of her career with the Boomers.

Sharin Milner gave her all during her decade with Melbourne Boomers but in her final game she put on a performance that will never be forgotten.

While Milner still sits atop the club’s leaderboard as the all-time assists leader along with top-10 places in four other categories, her greatest achievement at the club came in her career finale as she led the Boomers to their first WNBL championship in 2010-2011.

That season Milner was the team’s point guard and their co-captain with Desiree Glaubitz but she had missed a slice of the regular season after injuring her shoulder in the opening game.

Yet with the Boomers chasing their first ever title and looking to beat Canberra Capitals, the team who broke their hearts in two previous grand finals, Milner turned up every facet of her game to lead the team with 27 points and five assists.

“You couldn’t have scripted it any better,” Milner said.

“I was shooting at about four per cent [from the three-point line] and averaging three points per game and we had four or five Opals but on the eve of that grand final [Boomers coach] Tom Maher said to me, in his beautiful way of cutting through the noise and complexity, he said I had to get 20 plus points tomorrow for us to win,” Milner recalled.

“He said that knowing I would be the likely player they would double-team off onto Liz Cambage and others.

“I didn’t put any pressure on myself to make it. For some reason it all fell into place that day and it was all going down.”

Milner was known for her speed, passing and sure hands, as shown by four “Golden Hands” awards for assist to turnover ration, but her outside shooting was a weakness for the early parts of her career.

Yet on that grand final day she could barely miss and neither could the Boomers as they shot over 50 per cent from the field and the three-point line.

Milner’s family and friends knew it was her last game although the player herself was more focused on bringing a title to the many players and officials who had helped the Boomers in their previous 28 years.

“We didn’t want to believe that it was ours [until the buzzer] because of the long way we had travelled,” Milner said.

“One moment I will never forget is looking at some of the past players and realising what it meant to them. It was an unbelievable feeling.”

That club history was something Milner barely understood when she nervously arrived at the Boomers ahead of the 2001-2002 season.

A product of the Hume City Broncos, Milner first went to Troy University in the US then came home to play with Melbourne Tigers in their last WNBL season.

The Boomers offered a her a lifeline and 162-centimetre point guard gladly took it.

“I think I was just very fortunate to land at a club which made me feel so welcome straight away,” Milner said.

“I came from Broadmeadows which wasn’t a place renowned as a high performance pathway so I didn’t know a lot of the girls I was playing with.

“We were battlers, very much that blue-collar Bulleen Boomer trademark kind of team.

“But we managed to shake off that tag as the years progressed but those first few years we were certainly a team that was very modestly paid, we played in a very modest facility at the Veneto Club, we had a modest crowd and we weren’t fielding a team of Opals so we were just thereabouts for the early part of my career.”

Milner never gave much thought to the differences in budget between her club and bigger WNBL programs featuring big name players.

Instead she revelled in the close bonds forming between the team and as the years progressed they would start attracting elite teenage talents like Hollie Grima and Katie Davis and later in her career Liz Cambage, Jenna O’Hea and Rachel Jarry.

“Ignorance is bliss. I had had about 15 years of ignorance playing at Broadmeadows, so we just rode off the back of really good chemistry and that grew and grew,” Milner said.

“There was that solidarity that we took in that couldn’t be replicated by any other budget or any calibre of players.

“It was just that belief and self-confidence and trust in each other that built the [later] success of our team.”

Milner’s career ended just as some of her younger teammates like Cambage and others were beginning to build full-time basketball careers and she takes pride in seeing them ply their trade as professionals now.

“I was never completely full time in my career. It wasn’t uncommon for someone like me to be racing into training with my work heels clopping on the floor and quickly getting changed after being caught in traffic,” Milner said.

“It used to be training couldn’t start until after 6pm, in some seasons we had girls doing shift work so we would accomodate them by doing 6am to 8am team training sessions.

“To think that could happen is probably laughable to some girls now but it’s just what we had to do.

“What players like Liz have now is what I always envisaged as what women’s sport should be.”

With her name still featuring in several of the club’s top-10 statistical leaders and a title win in her last game, Milner said knew she finished at the right time and she has loved watching the Melbourne Boomers grow stronger in recent years.

“To go out on a championship, what else could you really ask for?”