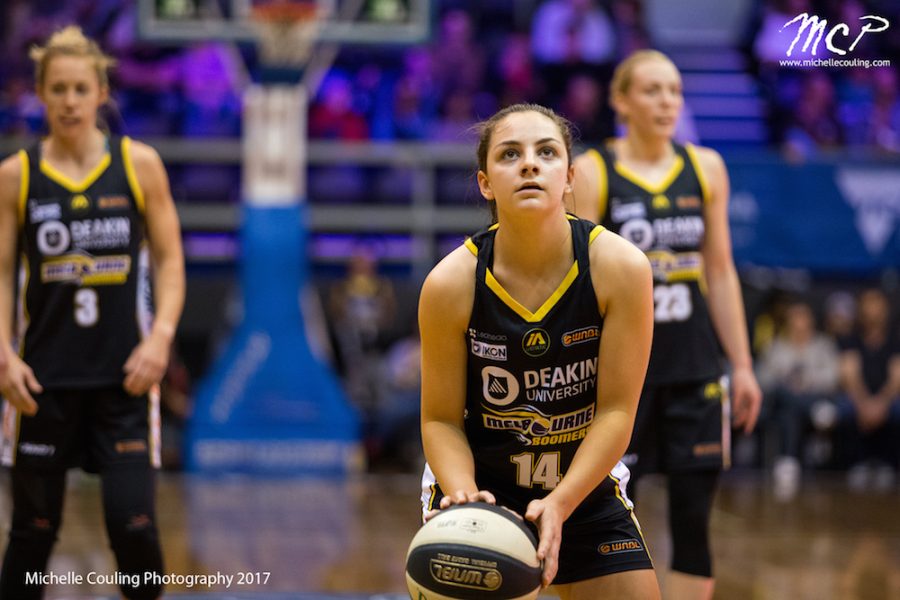 The Deakin Melbourne Boomers made plenty of news during the AFLW draft today with star guard Monique Conti selected at fourth overall by the Western Bulldogs.

Former Boomers players Chloe Molloy (Collingwood) and Tegan Cunningham (Melbourne) were also snapped up by clubs as they press their claims to forge a career in the AFLW.

For Conti, who recently signed a four-year contract with the Boomers, the decision to also play in the AFLW league is one that has been fully supported by her WNBL club.

“We would also like to congratulate Chloe Molloy and Tegan Cunningham on grabbing an opportunity to play another sport at an elite level.”

“Monique already has a very loyal and excited fan base in the WNBL, it’s great to see so many young girls in particular flock to her after each Boomers game for autographs and photos. We’re all very proud of her and fully support her ambition to play two sports at the elite level,” added Nelson. Come and see Monique Conti in action this Saturday when the Deakin Melbourne Boomers take on Perth Lynx at the State Basketball Centre from 7:30pm. Tickets are available at the door or online at www.trybooking.com/BOOMERS