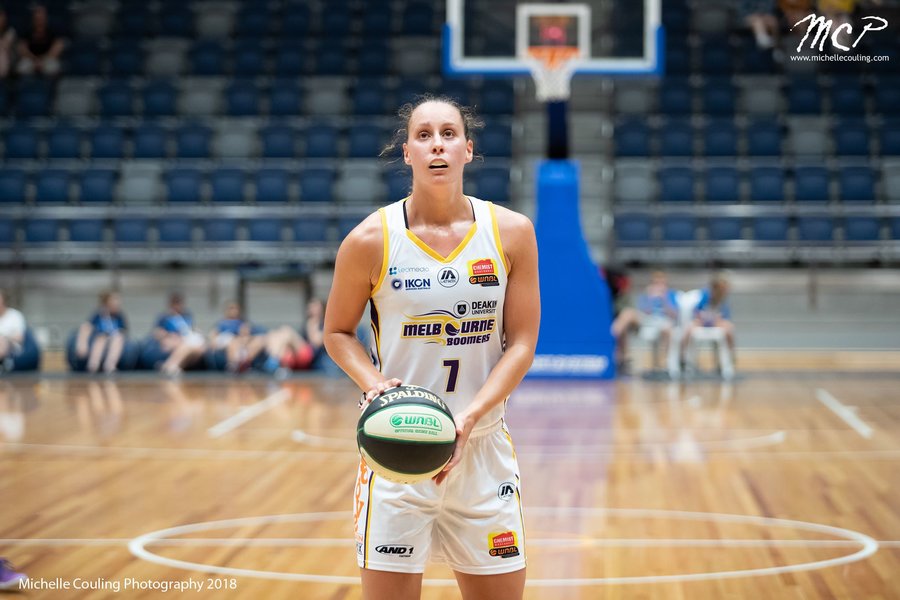 Talbot fires in lead up to finals

Steph Talbot has declared the Deakin Melbourne Boomers mean business as they prepare for a back-to-back return to the WNBL finals.

Talbot was among the Boomers best performers in last Saturday’s 15-point come-from-behind victory over the Adelaide Lightning.

When the Boomers found themselves in a third-quarter struggle during their Round 14 clash, they desperately needed someone to step up.

Finishing the game with 21 points in 32 minutes, Talbot starred in the Boomers outstanding on-the-road win, with her second half efforts particularly impressive.

The 23-year-old surged out of the main break to re-charge the Boomers momentum following a close first two quarters.

Mid-way through the third term the Boomers were sitting 9-points down as they struggled to get themselves back on the offensive front.

Playing in front of her hometown crowd in Adelaide, a spirited Talbot turned on the burners in the second half and created a shooting sweep.

“I always like going home to play in front of my friends and family – I’ve played in that stadium for many years, so it’s become much like my home stadium,” Talbot said.

The game formed part of a gruelling double-header round for the Boomers which saw them tackle two top-four teams in the space of three days. The Boomers fell frustratingly short in their earlier game against the Perth Lynx – which made getting a win against Adelaide all that more important.

With a home-court advantage for the finals on the line, Talbot threw everything she had into the last 20 minutes of play.

Firing a huge trey late in the third term, Talbot managed to give the lead back to the Boomers. She then followed this up with another three triples in the last quarter with her efforts allowing the Boomers to step back comfortably on the offensive front.

“We just had to stay together and trust ourselves to run our system and know that our shots would go down eventually, and as a result we ran over the top of them,” Talbot said.

“It was super important to secure that second spot and home final advantage as it allows us to now go into this last game of the season with no pressure.”

You can catch Steph Talbot back in action tonight when the Melbourne Boomers face the Dandenong Rangers in Dandenong from 6.30pm before they take on WNBL finals.