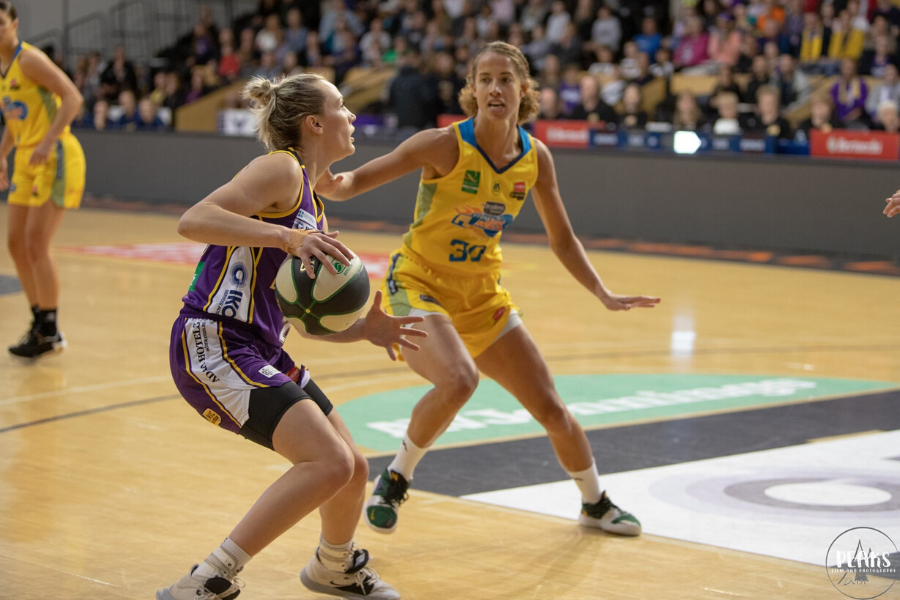 Garrick says pressure on Flyers ahead of derby clash

Coming off what was arguably her best game this season, Deakin Melbourne Boomers co-captain Maddie Garrick says her side is relishing the opportunity to upset local rivals the Southside Flyers this Saturday in a crucial weekend of basketball.

The Boomers make the trip to Dandenong to take on the table-topping Flyers, before a 24-hour turnaround to host Perth Lynx at the State Basketball Centre in what’s set to be a decisive weekend in the race for a Finals spot.

The Boomers sit second on the ladder to the Flyers, who are enjoying a fairytale first season since their rebranding at the start of the year, and Garrick pulled no punches over the challenge that awaits.

“It’s always a massive rivalry between us and them, it’s going to be our toughest match up yet.

“They definitely have a target on their back because they’re playing really good basketball at the moment, the pressure is on them on Saturday.”

The Melbourne rivals faced each other in a nail-biting round four clash which saw the Boomers go down at home by seven points, in a game that drew the Boomers’ largest crowd of the season.

But Garrick feels her team is capable of upsetting the odds on the road on Saturday.

“They’re the only team we haven’t beaten yet, we didn’t play anywhere near our potential the last time we played them,” she added.

The Flyers are packed full of threats and Garrick was quick to acknowledge the impact American import Mercedes Russell has made.

“She’s such a big threat inside, she just got player of the week and was powerful when we played them the last time.”

Whilst the Flyers have emerged as favourites, Garrick feels the championship is wide open.

“They are favourites but there are so many teams that could totally take that position.

“The league is so close and so talented, it’s even stronger this year.

“One week one team can win and the next they get beaten by another team. We beat Canberra by 35 and then we lost to them a few weeks later.”

The Boomers will take on the Flyers at Dandenong Stadium this Saturday at 7pm, before taking on Perth Lynx at the State Basketball Centre on Sunday, tip-off 5pm.