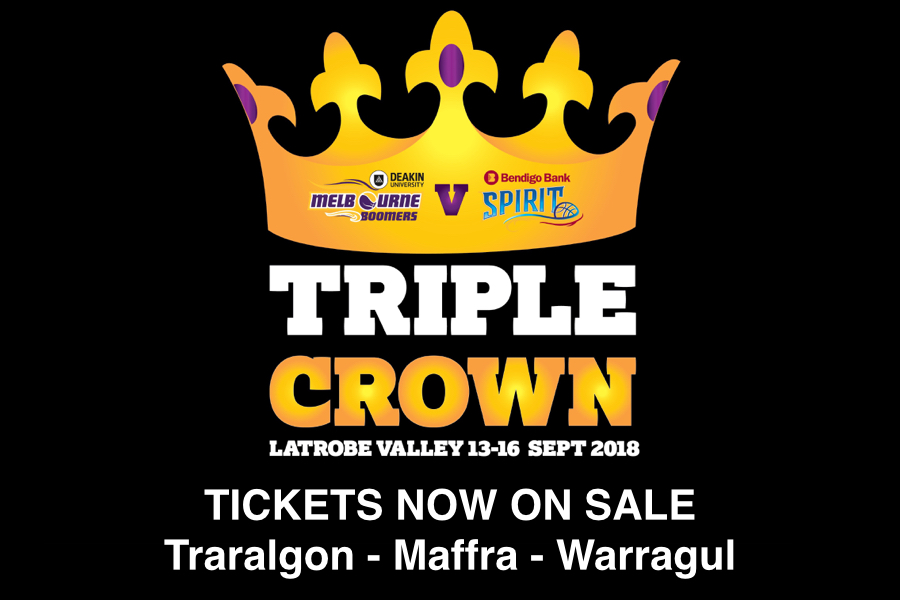 The Deakin Melbourne Boomers and Bendigo Spirit will spend four days on the road together this week to help prepare for the season ahead, whilst also taking the Chemist Warehouse WNBL to regional supporters across the Latrobe Valley and greater Gippsland.

The two teams will play three games at three different venues, starting with Traralgon on Thursday night (Sept 13), followed by Maffra on Friday bight (Sept 14) and then Warragul on Sunday (Sept 16).

In between all of the on-court action, the Boomers and Spirit will conduct numerous school and community visits, spend time with budding young players and basketball squad participants.

“We can’t wait to be back in the Latrobe Valley, it is such a strong region for basketball and the fans are really looking forward to getting behind the Boomers and Spirit,” said Melbourne’s General Manager, Justin Nelson.

The Boomers boast no less than four players from the Latrobe Valley, with Jade Melbourne (Traralgon), Chelsea D’Angelo (Traralgon) and Jaz Shelley (Moe) all set to take part in the Triple Crown event.

The only ‘local’ player missing will be Jenna O’Hea. The Boomers skipper is currently in Europe with the Opals preparing for the upcoming FIBA World Cup.

For Melbourne’s WNBL team, the Triple Crown provides the perfect opportunity to celebrate and promote basketball in a rich region for female players.

“The Latrobe Valley is strongly represented at the Boomers and I have no doubt the local fans will be out in force to see Jade, Chelsea and Jaz in action,” added Nelson.

For the Spirit, the chance to be a part of the event was too good to pass on. Coach Simon Pritchard is hopeful the four-day tour delivers positive outcomes for his team ahead of the regular season starting.

“We are really excited by this new pre-season initiative in the South-East of the state. Bendigo Bank Spirit have a large following in regional Victoria, including the Gippsland region,” Pritchard said.

“The Boomers have worked hard to get the Triple Crown off the ground and we intend to get full value with our preparations for the upcoming WNBL Season. We have all but one of our final roster and we will be implementing key strategies for the season.”

Tickets to the games are still available and can be purchased online HERE.