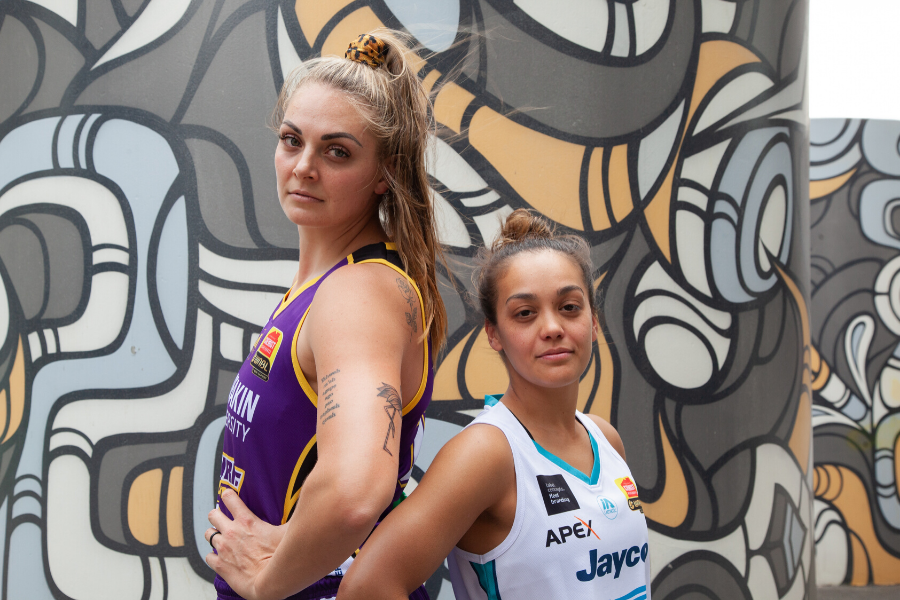 Coming off a 13-point win against the Sydney Uni Flames, the Deakin Melbourne Boomers head into this weekend’s daunting double-header in fine form and with sights firmly set on upsetting table-toppers Southside Flyers in a huge derby match.

The Boomers make the trip to Dandenong on Saturday night, before a sharp turnaround to host Perth Lynx on Sunday in what will be a vital weekend in their quest for a spot in the finals.

After the Cup Eve defeat to the Flyers, the Boomers will be out for revenge and Head Coach Guy Molloy expects nothing less than a fierce reception on Saturday evening.

Co-captain Maddie Garrick was in exceptional form for the Boomers in their takedown of the Flames last week, scoring a game high 26 points, which included six three-pointers.

Garrick senses a powerful momentum building in purple ahead of the crunch weekend.

“We just have to keep doing what we’re doing. We need to look after our bodies this week, and we’ll focus on Southside first and then when it’s time for Perth we’ll focus on them.”

“But we’re doing well at the moment and I feel like we’re on the edge of unlocking something really special and I think that’s kind of evident in patches now, we just need to keep building on that.”

Don’t miss out on the action this weekend. Tickets to the Boomers home game on Sunday here.

Wear orange this round and join us in support of the UN’s movement to stop and eliminate violence against women.  For more information on the movement, click here.

Merchandise will be available at Sunday’s game!

We have a massive offer on our 4-game memberships, buy one adult and get a junior free! You don’t want to miss out on this awesome deal! Buy your membership here!

Ezi Magbegor – In the round seven clash against Sydney, Magbegor had one of her best games this season. She was lethal down on the post, and came away with 20 points, five rebounds and two blocks.

Stella Beck – From the bench Beck brought a strong defensive game against the Flames as-well as hitting double digits on the scoreboard. She finished the match on 10 points and five rebounds.

Mercedes Russell – The US import is enjoying a spectacular season with the Flyers, leading the league in rebounds with 102, and making 16 points and seven rebounds in round seven against Perth.

Sara Blicavs – In the Flyers second match of round seven against Adelaide, Blicavs was unstoppable, making a double-double finishing on 10 rebounds and 20 points.

Alison Schwagmeyer-Belger – The point guard is having a ripper season so far, boasting the third highest points tally in the league, having accumulated 167 points to date.

Katie Ebzery – Named in the round three WNBL team of the week, Ebzery was integral to Perth’s battle in round seven, finishing with 14 points, eight rebounds, four assists and two steals.

Saturday’s game will be streamed live on the WNBL website.

Boomers will face Perth over at Bendat Basketball Stadium in WA in round nine on Sunday December 15th.