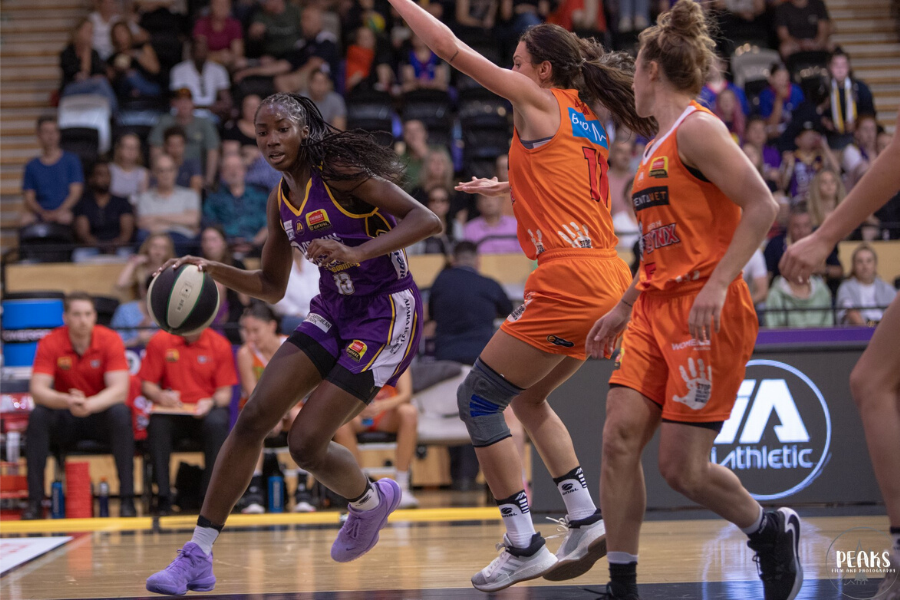 After a nail-biting win on Sunday, where the Deakin Melbourne Boomers snatched victory from Perth Lynx in the fourth quarter at the State Basketball Centre, the two teams will meet again in Perth this weekend.

The Boomers are sitting comfortably in third place on the WNBL ladder, whilst Perth’s battle for one of the finals spots continues, making this a crucial match  for the home side.

“I know they’ve had a lot of overtime defeats and then the injury to [Imani] McGee-Stafford and bringing [Ariel] Atkins in late; they’ve had some significant hurdles,” he said.

“If you’re a fan looking at it and you wonder why they haven’t clicked and won those games, the reality of it is when you experience the injury troubles they’ve had with their imports, and then those early overtime defeats, it rocks your confidence.

“They’re a really good team and they’ll find their way and I think it’s a really dangerous game for us.”

We have a massive offer on our four-game memberships –  buy one adult and get a junior free! You don’t want to miss out on this awesome deal! Buy your membership here!

Kalani Purcell – whilst Purcell is undoubtedly one of the Boomers’ strongest defensive players she has been improving her offensive game with each week that passes. Purcell made seven points in both matches in round eight for the Boomers.

Maddie Garrick – once again the co-captain was fierce for the Boomers’ double header in round eight, she top scored for the match against Perth with17 points to go with three rebounds and four steals.

Imani McGee-Stafford – put on a strong display against the Boomers on Sunday, making a double-double (11 points, 11 rebounds) and is averaging 9.6 rebounds per match this season.

Maddison Allen – leading the league in blocks this season, Allen has made 23 over 11 matches, averaging 2.1 per game. Allen made three blocks against the Boomers in round eight and 12 points.

The game will be live streamed to the WNBL website.

In a Christmas Derby clash the Boomers will next face Adelaide Lightning at the State Basketball Centre on December 22nd.