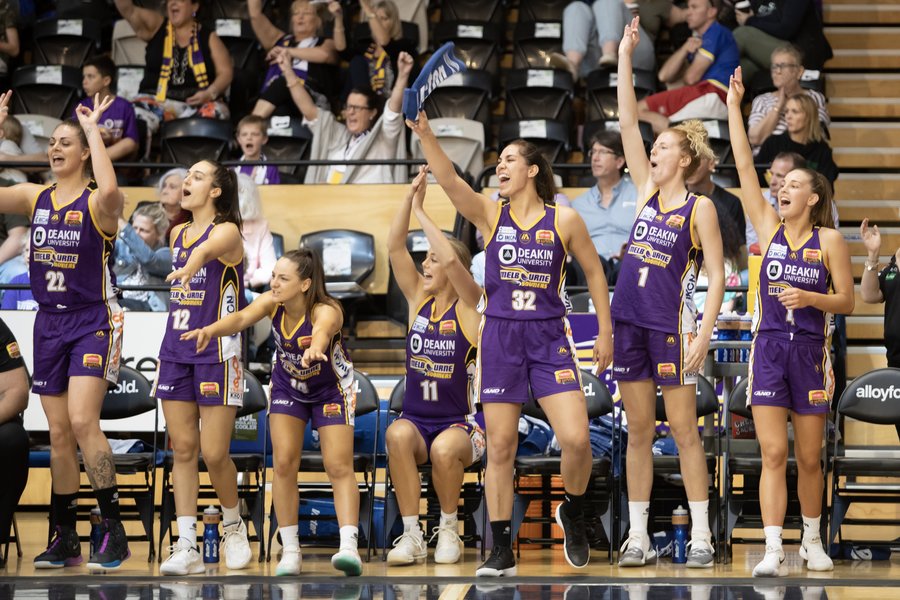 The Deakin Melbourne Boomers will play their last double-header of the 18/19 WNBL season against two other teams who have booked their place in WNBL Finals.

A big round is ahead for the Boomers, facing two of the top-four teams, Perth Lynx and Adelaide Lightning in the space of just three days – with both contests involving travel and flights.

Having won both their previous games against the two, the Boomers are in fine form to drill home a double series match-up this round.

First up the Boomers and the Lynx will battle it out again on Thursday night this time over in Perth (9:30pm Melbourne time), before potentially facing off in this year’s Semi-finals. Game updates can be followed through Boomers socials and the WNBL live stats.

The Boomers then have a quick turnaround with another game in Adelaide on Saturday against the fourth-placed Lightning (6pm Melbourne time). The game is also an NBL double-header and will be televised by Fox Sports on Channel 503.

With four wins in a row, the Boomers are in second-place on the ladder at 13-5. The Boomers need to win just one of their last three games to guarantee them a top-two finish at the seasons end.

LIVE STATS:  The live stats can be accessed here

BROADCAST: The game will be televised by Fox Sports on Channel 503

Stock up on your Boomers merchandise at the Club’s online store before #WNBLFinals kick-start!

Ezi Magbegor: Stepping up to the plate in the absence of her captain last round, the 19-year-old produced a season-best performance finishing with 17pts on 8-13 shooting and 6rebs. Her efforts gave her a nod in the Team of the Week – her first inclusion this season.

Maddie Garrick: Garrick was a crucial element in the Boomers win last round, recording 12pts and 3rebs. The now sits as the fourth highest scorer for the Boomers totalling 177pts this season and averaging a 11.8pts a game.

Asia Taylor: The American import had a big Round 13, averaging 15.5pts and 8rebs across two games. Her performance saw her with another inclusion in the WNBL Team of the Week – her fifth time this season.

Alison Schwagmeyer: Schwagmeyer has been an important component for the Lynx this season, averaging 13.61pts per game with a total of 245pts for the season – the third best in her team.

Aimie Clydesdale: Clydesdale recently played her 150thWNBL game for the Lightning in what has been her career-best season in terms of both points and assists.

Nicole Seekamp: Seekamp had a very influential game last round in the win that cemented Adelaide’s place in the playoffs. She finished the game with 14pts, 5rebs, 9asts and 2stls.

The January 10 game is not being televised. Stay across our socials and the WNBL live stats for all the updates.

The January 12 game is being broadcast LIVE by Fox Sports on Channel 503.

Following the Saturday game, the Boomers will play their last game of the regular season against the Dandenong Rangers at Dandenong (Sat Jan 19, 6:30pm) before Finals begin.