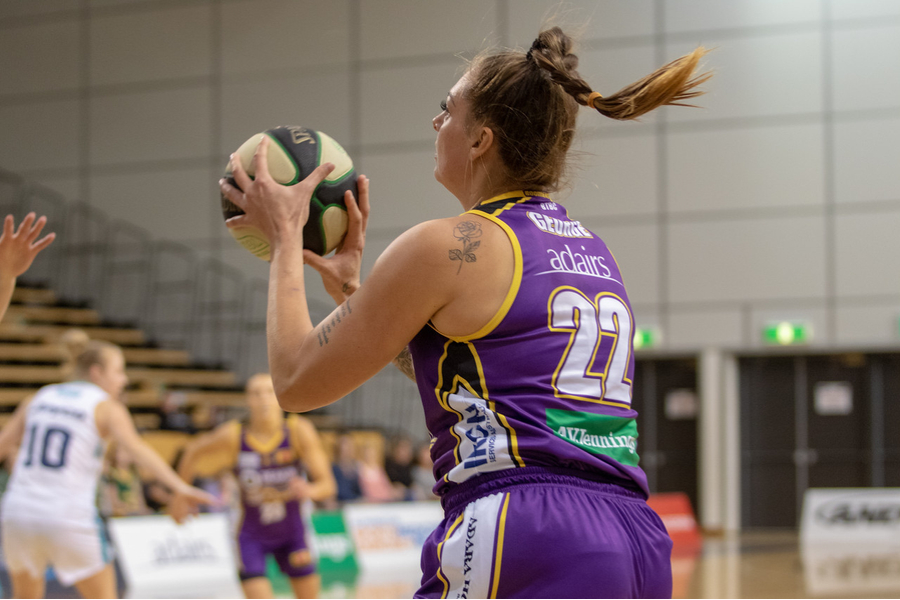 The 2019/20 WNBL season has finally arrived, and the Deakin Melbourne Boomers are heading to Bendigo for the opening round as they kick off their campaign with back-to-back clashes against the Spirit.

The two sides met in a pre-season clash in the LaTrobe Valley, which turned out to be a nail biter, the Spirit coming out on top by two points. However this time around the Boomers will be at full strength, with new import Sophie Cunningham joining the lineup, and WNBL All-Star point guard Lindsay Allen returning from a knee injury which saw her sit out the WNBA season.

Boomers co-captain Cayla George says her side is raring to go for this highly anticipated re-match.

“Here in Melbourne we’re creating a really great culture. I’m looking forward to getting out and showcasing what we’ve been working really hard to bring to the court.” George said.

“It’s fun, it’s exciting, the league again is getting stronger, and again this year we have great imports that have come out, we really have to be on our game every week.”

As for the team’s ambition for the season  George was clear where she wants the side to be come the end of the season, adding: “We’re going to try to put ourselves in the best possible position to look good for the finals. The Championship is always the end goal and that starts on Saturday night in Bendigo.”

The Boomers will face off against their Victorian rivals once again in round two, their first home game of the season.

Merchandise will not be available at this game.

Ezi Magbegor – Magbegor was unstoppable on the court in the final pre-season game against Southside flyers, also coming out as the Boomers top scorer with 15 points.

Toni Farnworth – The veteran pulled out all the stops at Saturday’s pre-season match against Southside, displaying her all round game and scoring some impressive baskets.

Carley Ernst – Ernst was impressive when the two sides met in pre-season, showcasing her shooting ability, scoring 17 points for Spirit.

Kelly Wilson – Wilson claimed back to back titles the past two seasons with Townsville and Canberra.

Keep up to date with all the Boomers live tweets on Twitter (@MelbourneBoomer) and take a behind the scenes peek into the life of a Melbourne Boomer by following us on instagram (@melbourneboomers) and don’t forget to Like us on Facebook for all the latest updates and news (facebook.com/MelbourneBoomers/).

We love seeing your photos at the games or in your Boomers merch! So tag us in your photos #BoomersFamily #ItsOurTime #WomenWorthWatching

The game will be broadcast on the WNBL website..

Boomers will have their home opener against Bendigo at The State Basketball Centre on Saturday 19 October. It is going to be an event you will not want to miss!