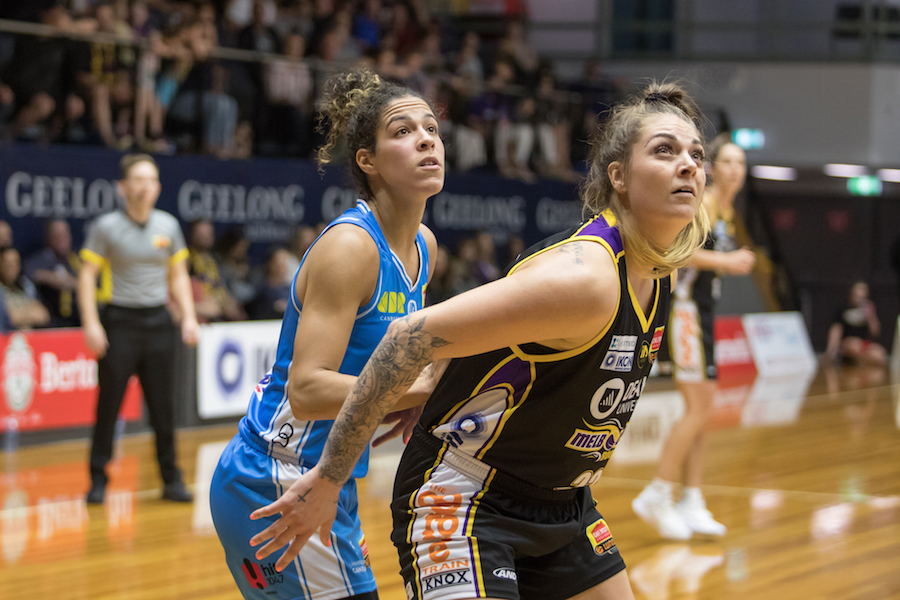 THE DEAKIN MELBOURNE BOOMERS will play their first away game of the season when they take on Sydney at Brydens Stadium today.

The Sunday showdown is the Boomers second match in the space of just over 40 hours – following their tough loss against the Capitals Friday night.

The Boomers and the Flames have started their seasons off 0-2, meaning both teams will be hungry to get their first win of the 18/19 WNBL Chemist Warehouse season.

For Boomers fans keen to catch up and watch the game, you can head along to the Wantirna Club with the clash being televised from 1pm.

GAME DETAILS
Who: Deakin Melbourne Boomers vs Sydney
Date: Sunday 21 October
Time: 1 PM
Location: Brydens Stadium, Sydney
Price: For any interstate fans or for those who are making the trip up can purchase tickets online here ($8 – $50) or at the door.

TELEVISION
The game will be televised on Fox Sports and SBS. You can also see the game live at the Wantirna Club.

Ezi Magbegor: Magbegor had an outstanding game in the Boomers most recent loss, putting the Boomers first score on the board within the opening seconds. She totalled 19 points making her the 2nd highest scorer overall in the game.

Cayla George: George has produced two impressive back-to-back performances with 10 points and 11 rebounds in the first round, followed by 13 points and 6 rebounds on Friday night. The Boomers will need her to again deliver strong numbers in this game.

Alex Bunton: Bunton was the leading scorer finishing with 27 points in the Flames opening game for the season. The Opal backed this impressive performance up again in their second round clash (16pts, 15reb) which was also her 100th game.

Alex Wilson: Wilson was a shining light in the Flames close loss, keeping her team in it with 12 points on the scoreboard and 7 assists.