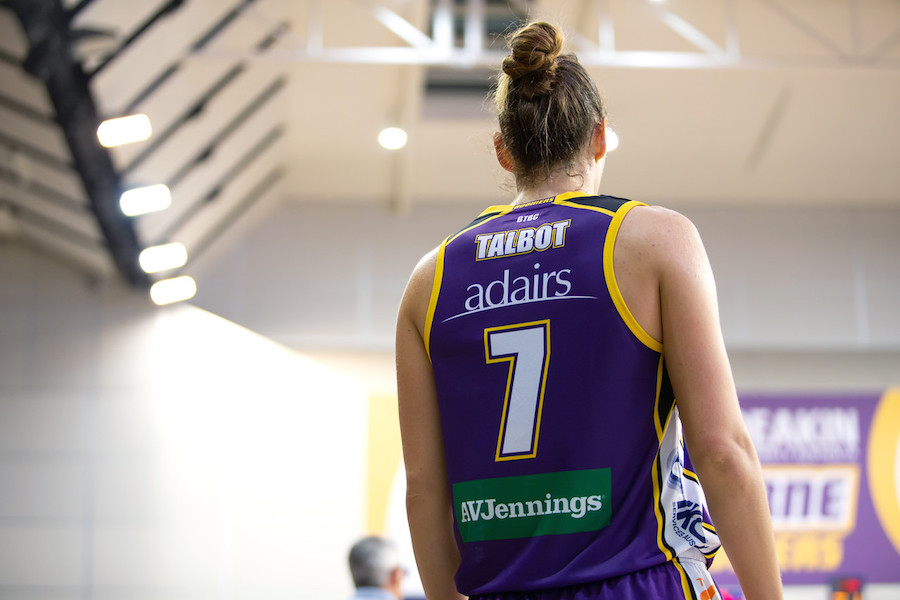 THE DEAKIN MELBOURNE BOOMERS will return to Geelong Arena for a third successive WNBL season this Friday 19 October for a round two clash against Canberra.

The Capitals are coming off an opening round win and will be full of confidence, while the Boomers will be hoping to open their winning account for the season after a loss to Bendigo last Saturday night.

Supported by the Victorian State Government, tip-off is set for 7:30pm.

The region’s large Deakin University staff and students population are strongly encouraged to attend with a 50% discount available upon showing their Deakin ID card at the ticket booth when entering.

General Admission tickets and memberships will be available at the door, or reserved seating is available to pre-purchase online at www.trybooking.com/XOUC

All full-season Boomers members will receive FREE entry to the game if they show their membership pass at the door.

MEMBERSHIP
Join the Boomers Family by visiting the foyer for membership purchases and enquiries from 5:30 pm until half an hour after the game.

MERCHANDISE
Stock up on the new-season Boomers merch, check it out from 5:30 pm until half an hour after the game.

TICKETING
To further encourage the rise in pre-booking tickets online, the Boomers have set the same pricing for online purchases (Reserved Seats) and tickets at the door (General Admission).

Online: Online bookings are for reserved seats. Go to www.trybooking.com/BOOMERS to buy your tickets.

At the game: General Admission only tickets will be available to purchase at the door on game day, subject to availability.

Steph Talbot: The 23-year old guard sensation was a standout in the Boomers game last week following her stint with the Opals in the FIFA World Cup. She scored 20 points and was a key driver in keeping the team the Boomers in the game.

Lindsay Allen: The American showed cased why she should be feared in her impressive WNBL debut. She came out with all guns blazing, totalling 8 points and 2 assists in the first five minutes, finishing with a total of 18 points and 5 assists in the Boomers loss.

Kia Nurse: The 22-year-old Canadian scored 26 points in the Capitals win, her first WNBL game. Her performance was even more impressive considering she had been in Australia for just three days, having only had one training session with the Capitals.

Kelly Wilson: The Capitals signed the three-time WNBL champion earlier in the year after she put her retirement on hold for at least one more season. She dominated the opening game of the season scoring 9 points and finishing with 11 assists.

AFTER THE GAME
Supporters have the opportunity to meet the Boomers players after the match, when they stay on court for up to 45 minutes post-game to chat and sign autographs with all the fans. Dexter the Mascot will also be there to say hello.

SOCIAL MEDIA
Keep up-to-date on game day with our live coverage of the game on Twitter (@MelbourneBoomer), get a behind-the-scenes insight into the day by following us on Instagram (@melbourneboomers), like us on Facebook (facebook.com/MelbourneBoomers/).

LIVESTREAM
For those not at the game, you can watch it live at www.foxsports.com.au/live