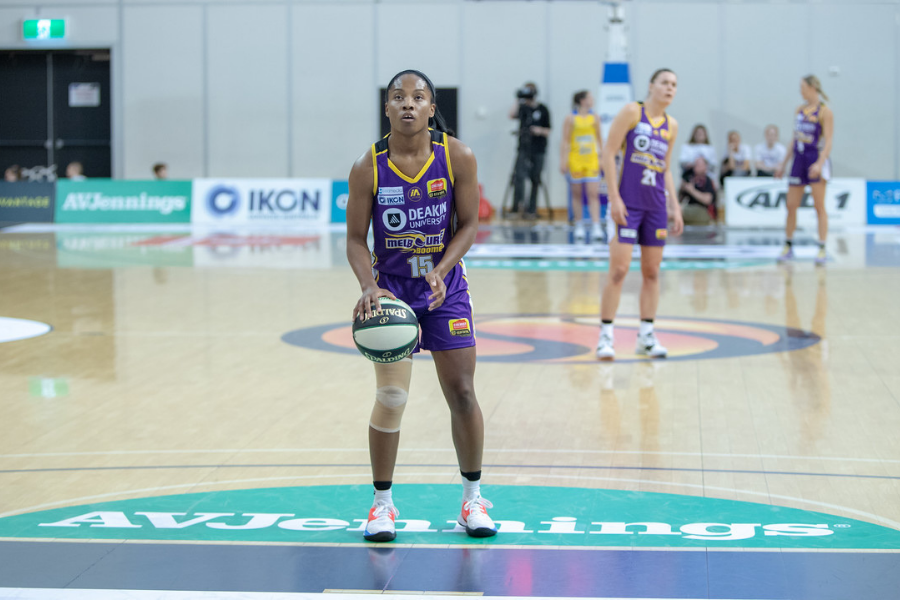 After a perfect start to the season with two wins from two starts, the Deakin Melbourne Boomers face their biggest challenge to date, heading to Geelong to face off against the reigning WNBL Champions, the UC Capitals this Friday night.

Currently sitting sweetly in the top spot on the WNBL ladder, albeit ahead on for and against only, the Capitals are also undefeated leading into this game.

“We’re looking forward to playing the Caps, they were the champions last year and they have a really good side again.” Stella Beck said.

“I think both teams have some of the most dominant bigs in the league, so we are looking forward to the battle.”

Beck also commented on playing down in Geelong this week,

“It’ll be different not playing in our regular home stadium but we’re looking forward to getting to play for our fans down in Geelong”.

Buy your tickets to the Boomers vs UC Capitals at Geelong Arena here!

Cayla George – the Opal was on first last week with a double-double, 24 points and 12 rebounds, to go along with 5 assists and 3 blocks. Look out for another strong performance from her this week.

Sophie Cunningham – the US Import showcased exceptional shooting skills in her second game with the Boomers, making three three-pointers and finishing on 18 points.

Olivia Epoupa – the Caps French import took out Player of the Game in the UC Caps round two clash with Townsville, making 7 steals, 8 rebounds, 4 assists and 13 points.

Kelsey Griffin – the co-captain was equally impressive against Townsville, with a game high 16 points, 13 rebounds and 4 assists. Griffin leads the league in rebounds, currently averaging an astonishing 16.5 per game.

Keep up to date with all the Boomers live tweets on Twitter (@MelbourneBoomer) and take a behind the scenes peek into the life of being a Melbourne Boomer by following us on instagram (@melbourneboomers) and don’t forget to Like us on Facebook for all the latest updates and news (facebook.com/MelbourneBoomers/).

The Boomers are going to Townsville to face off against the Townsville Fire on Sunday. This game will be broadcast on Foxtel and the WNBL website.