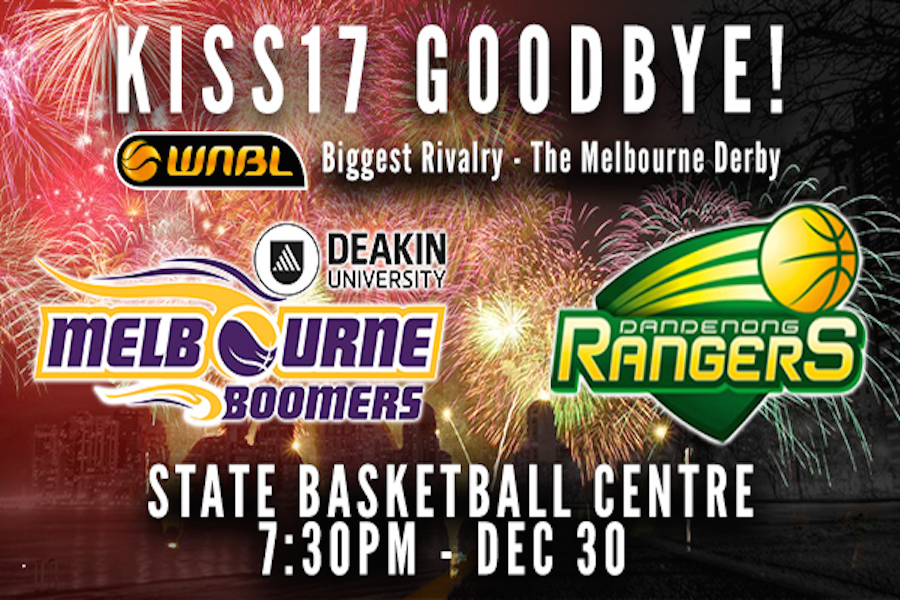 The WNBL’s greatest rivalry will continue next Saturday and it will be televised in prime time!

Fox Sports Australia has joined in the festive cheer with a request to move next Saturday’s Melbourne Derby between the Boomers and Rangers to prime time. Tip-off will now be at 7:30pm.

The move comes on the eve of the WNBL finals where every finals game will also be broadcast on Fox Sports.

Deakin Melbourne Boomers General Manager Justin Nelson believes the move to prime time highlights “the popularity of what is the league’s greatest rivalry.”

“We think we have the best fans in the league,” said Nelson, adding “I’m sure other clubs promote the same, but we’re very happy that our crowd figures continue to rise and the atmosphere they create at the State Basketball Centre is electric.”

“To have Fox Sports pushing our December 30 showdown with Dandenong into prime time is really exciting, especially for basketball fans around Australia. The move rewards the hard work we have put into building our crowd and we know the fans will again pack the State Basketball Centre.”

Crowds for the Boomers continue to swell this season with number rising another 30 per cent,  adding up to more than 2,000 fans coming to support Melbourne’s WNBL team every game this season.

The derby will also feature the Boomers being presented with the Michele Timms Cup for the first time in four years, a special prize for all Boomers fans that Nelson says “it may not be the WNBL championship, but for Boomers fans it runs a very close second!”

Tickets are now on sale for next Saturday’s game and fans are encouraged to get in early to secure reserved seats. To boo tickets go to www.trybooking.com/BOOMERS