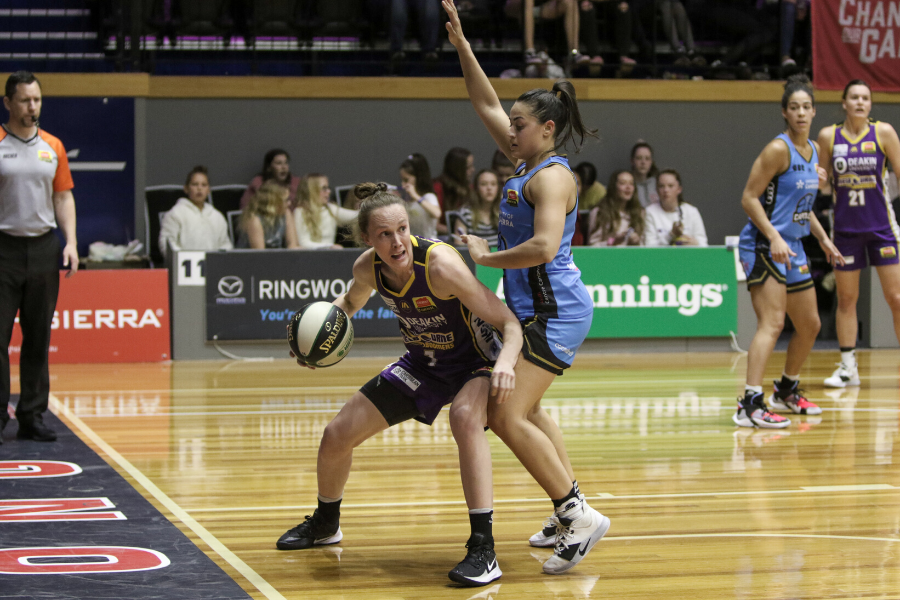 Beginning her professional career at just 19 years of age, 12 years later Toni Farnworth is still a star player in the WNBL. When asked about her recent 250th game, the veteran claims it was something that she never expected to happen when she played her first professional game for the Christchurch Sirens back in 2007. Since then, however, Farnworth has had a decorated career both in New Zealand and in Australia, which saw her hit the impressive 250 game milestone when the Boomers took on Townsville Fire in an away game on the 27th October.

Farnworth’s WNBL career began in her hometown of Christchurch, New Zealand, where she played one season for the Christchurch Sirens before the club folded in 2008. This closure saw Toni head over to Australia to continue her WNBL journey with single seasons at the Dandenong Rangers, Bendigo Spirit and Adelaide Lightning consecutively, before her decision to join the Perth Lynx found her a home for the next six and a half years. Farnworth played 157 games for the Lynx and also carried the Co-Captain title for the 2017/18 and 2018/19 seasons. The move to the Boomers was made in the 2019/20 WNBL season. Looking back at her time in the WNBL, Farnworth highlighted her time in Christchurch and Perth as stand out memories.

“Playing my first season for my hometown team, the Christchurch Sirens, was awesome. It was great to play in front of my family every week. Also, my seasons playing in Perth were great, I felt it was the right move personally and professionally”.

Averaging 6.2 points, 2.8 rebounds and 1.4 assists a game, the 32-year old credits her passion for basketball, as well as her support system, as the reason she has been able to play 250 games.

“I still really love the game, which keeps me going even when times are tough,” Farnworth said. “I have also had a lot of people help me to get to 250 games: coaches, teammates, my parents, my husband. There are so many people that have helped me over the years”.

Alongside her oustanding WNBL career, Farnworth has also played basketball at an international level, first representing the New Zealand Tall Ferns in 2007. In 2018 Farnworth was a member of the Commonwealth Games bronze medal winning team. She continues to play for the Tall Ferns to this day, with the team currently competing for their spot in the 2020 Tokyo Olympics in the FIBA Asia Qualifiers.

“It’s always a really proud moment when I pull on the [Tall Ferns] jersey”, Farnworth says when asked about her experiences representing New Zealand. “It was something that was a dream as a kid and I probably need to remind myself of that more often”.

With 252 WNBL games and years of international basketball now under her belt, there’s no doubt that Toni is able to provide experience within a young Boomers squad. Starting off the season 4-2, Farnworth doesn’t shy away from the idea that there is still plenty of room for improvement for the group.

“We have had a good start to the year but there are definitely things we can continue to improve on”.

Along with her 250 game recognition, Toni will also receive a life membership for the WNBL at the conclusion of the season which will be awarded at the league’s official presentation night.

Farnworth will next be in action in the WNBL when Round 6 kicks off for the Boomers on November 22nd against the Adelaide Lightning. On November 24th we take on Bendigo Spirit for the third time this season, hoping to take our record against them to 3-0.

The next home game for the Boomers is our Purple Power match on November 30th, where we show our support and raise awareness for Maddie Riewoldt’s Vision. Get your tickets to the game here.