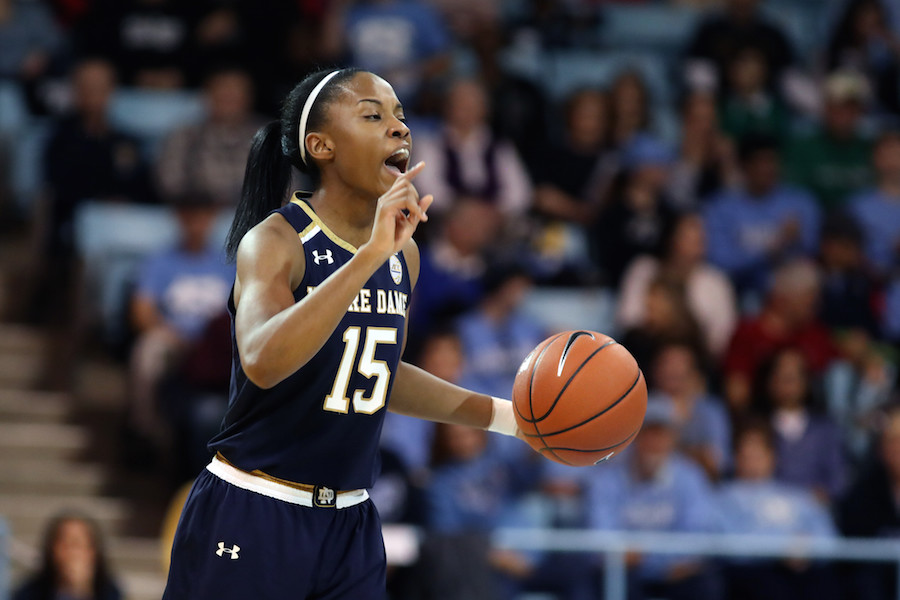 The Notre Dame jet will fly to Australia following her second season with New York Liberty in the WNBA, where she will continue to play alongside a Boomers favourite in Bec Allen.

The 173cm court leader enjoyed a glittering collegiate career at one of America’s most renowned basketball programs where she started in all 149 games of her Irish career for an amazing 139-10 record.

The creative playmaker guided Notre Dame to four consecutive ACC regular season titles and four ACC Tournament championships, along with appearances in the Final Four (2014, 2015), the Sweet 16 (2016) and the Elite Eight (2017).

More recently, Allen played for Dynamo Moscow in Russia, where she finished with averages of 11.6 points, 3.4 rebounds and a league high 5.2 assists per game.

Allen is expected to arrive in September and said she is “really looking forward to coming to Australia and playing for one of the most well-known clubs in both Australian and world basketball.”

“I know Melbourne are putting together a team built to compete for a championship and I’m excited to be a part of that. Playing in Australia has been something I’ve had my eye on for some time and I feel like this will be the perfect fit,” Lindsay added.

Boomers coach Guy Molloy said the recruitment of Allen was an important step for the club as they look to contend again for a championship, and also for the continued development of the team’s rising young guards.

“We are all very excited about what Lindsay will bring to the Boomers. She is an extremely good facilitator and has fantastic leadership qualities,” said Molloy.

“One thing we want to do is provide our young guards with a high level of tutelage from one of the world’s best young point guards. In particular we think Lindsay and Monique Conti will form a fantastic partnership.”

“Lindsay’s college career at one of America’s very best basketball programs speaks volumes for her ability and character. With the team we have put together we think Lindsay complements it perfectly,” added Molloy.