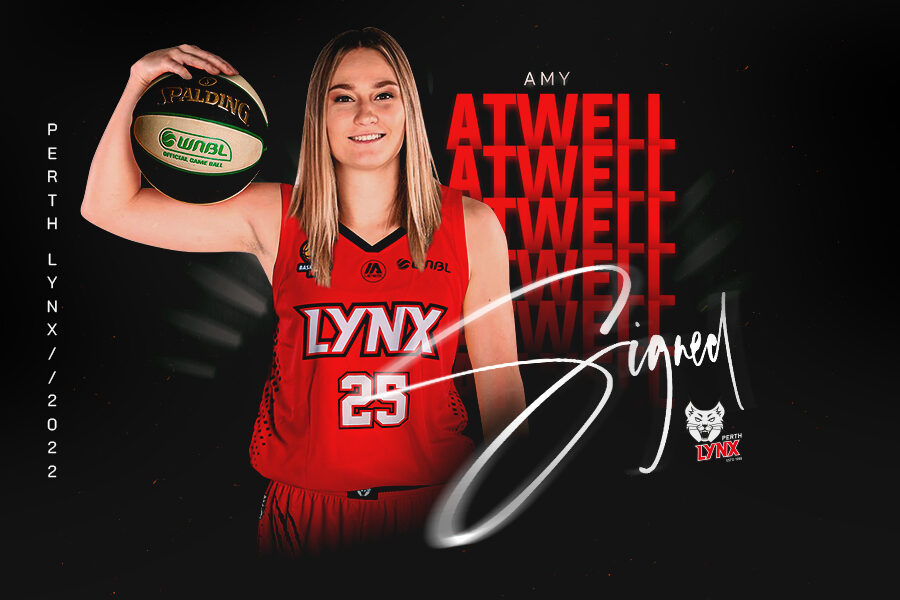 AMY ATWELL ADDS A SPARK TO THE PERTH LYNX ROSTER

The Perth Lynx organisation are thrilled to announce the signing of talented WA young gun and WNBA Rookie Amy Atwell to the roster for the upcoming 2022/23 Season.

Atwell hails from South Perth and played her junior basketball at the Willetton Tigers before moving to the USA to play for the University of Hawaii. The 23-year-old was awarded the 2021/22 Big West Conference Player of the Year Award, averaging 17.8 points and 6.9 rebounds a game and recorded the all-time scoring record for career three-pointers.

The WNBA took notice, and her hustle and resilience were rewarded in the 2022 Season Draft where she was picked by the Los Angeles Sparks in the third round (pick #27). Suiting up for her first career start against the Chicago Sky on May 6th 2022, Amy had been building towards making an impact during the regular season after a standout preseason game against the Phoenix Mercury, scoring 19 points and sinking six from six three-pointers.

When the opportunity to come home and play for the Perth Lynx became a reality, Amy couldn’t pass it up saying “I am super excited to be joining such an incredible organisation and to be given the opportunity to come home and play in from of my friends and family is just something I couldn’t give up after being away for 6+ years. I can’t wait to get to work and bring a championship home to Perth.”

Head Coach Ryan Petrik said, “We’ve been watching and waiting patiently for years now for Amy to turn Pro, and now that she has, we simply had to get her back home. Amy has terrific size for her position, and her prolific shooting suits perfectly with how we want to play. To be the first West Aussie to make it to the WNBA via the draft is a fantastic achievement, and we can’t wait to see her finally in a Perth Lynx jersey”